Below are photos from a selection of previous Old Richian events. All photos are also on Facebook, so please feel free to tag yourself and your friends. 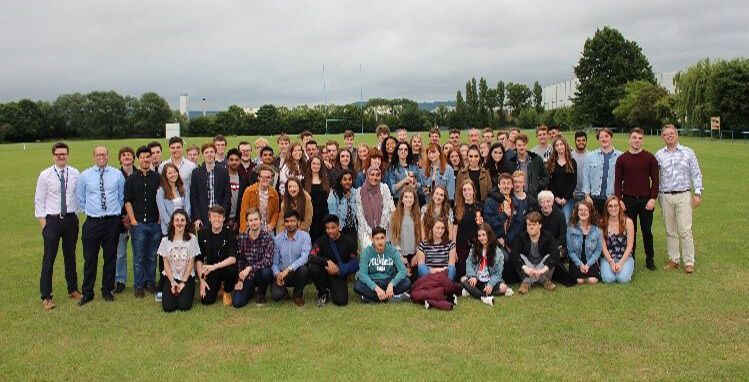 Friday 30th June saw the return of many familiar faces to school for the Leaver’s 2016 Reunion. Whether it was the BBQ that remained remarkably unburnt (for the most part at least), or the opportunity to catch up with friends, classmates and teachers, the turnout was a brilliant success. Thankfully the weather held out for the afternoon as well, which is always a relief!

Spending the time to reconnect with everyone, students and staff alike, was a lovely chance to share tales from the first year of university, gap year travelling tales and the world of work – dependent on where we’d all ended up. Of course, no reunion would be complete without the memories and ‘do you remember when’ stories that come with it. Expecting nothing other than the embarrassing ones to crop up, it must be said that a very good job was done on that front – which certainly gave us a good laugh!

The reality of leaving school and the support network created by the routine of school life is that it’s never really gone. That much was clear by how quickly we picked up exactly where we’d left off the year previously with friends and the teachers. Overall, despite the majority of the year group having gone our own different ways, whether to the same universities as our classmates or completely by ourselves, the best part was the, albeit nostalgic, normalcy that came with just sitting in the common room and having a good old catch up.

If you would like to organise a reunion with your year, or any other group you were part of, please do not hesitate to contact us at alumni@strs.org.uk and we will be more than happy to assist you with the arrangements. 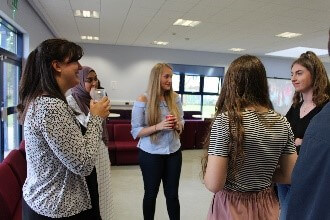 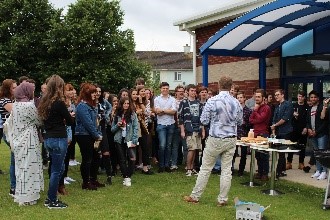 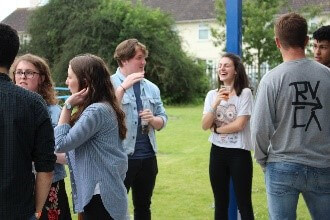 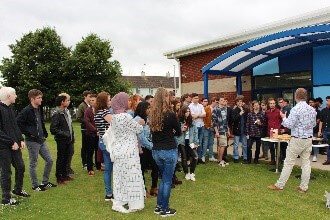 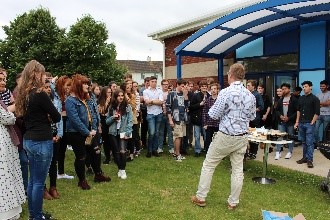 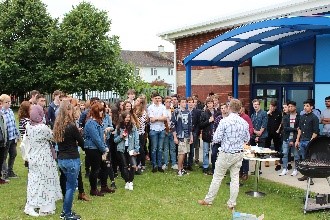 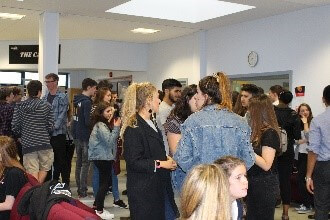 It was a great joy to welcome the MCC back for their second fixture against the school, one of 550 games the club plays against schools around the country each year Once again, they brought a strong team of club members who aim to support school cricket, recruit future playing members for their club and perpetuate a long standing tradition of sportsmanship and cricketing excellence. Alas, our team was much weakened by a lack of availability following the exam season when many students take off for well-deserved holidays. We fielded two county players from year 9, another from year 10 and some from year 11. The strength of this team lay in its bowling rather than it’s batting.

It is the custom in these fixtures for the club to bat first. On a slow and low pitch, they struggled to score freely against some accurate bowling. Wickets fell at regular intervals with no batsman able to exact control. It was with some trepidation that the school’s umpire agreed with bowler Joel Price that his delivery was going to hit all three stumps, and after a considerable delay for contemplation, sent Frocester CC’s high scoring opener on his way. However, no MCC member would dream of showing dissent to an umpire, even one so lacking in competence as our nameless official. Fortified by an excellent lunch in the new pavilion, the club declared and set the school a target they never looked like reaching. However, encouraged, by some attacking fields, and plaudits from the opposition, Luke Bond, captain of our Year 9 side, started to play his shots and scored an enterprising and skilful 35. Ultimately, the school rolled over obediently and all those of a suitable retired to the bar to end a splendid day.

In conjunction with the 350th anniversary of Sir Thomas Rich’s, 2016 also marks the 70th anniversary of when rugby was first played by the school. This was celebrated with a day of rugby at the school, followed by a black tie dinner. It was a very successful event with 327 attendees from Years 1958 to our current sixth form. 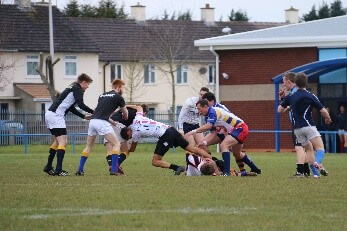 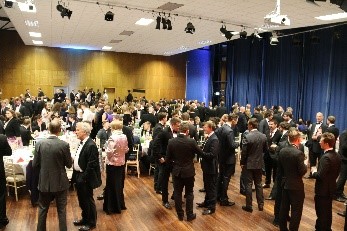 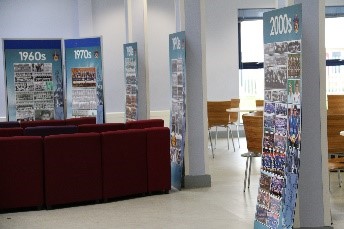 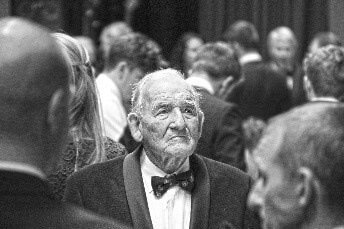 View all Photos from the event here

It was a pleasure to have welcomed back over 50 of last year's leavers to the School for our first ever reunion. If you would like to organise a reunion with your year or any other group you were part of, please do not hesitate to contact us at alumni@strs.org.uk and we will be more than happy to assist you with the arrangements. 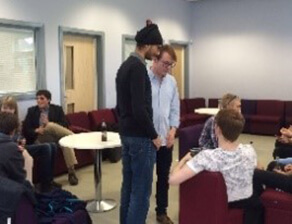 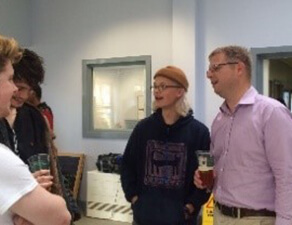 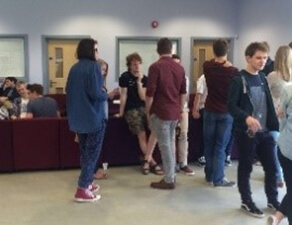 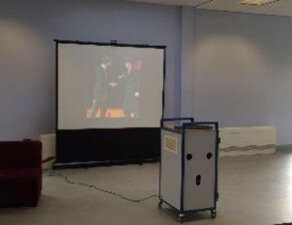 On Friday, 6th June, members of our Alumni Association joined staff and pupils for a memorable evening of musical entertainment to celebrate our 350th Anniversary.

The format of the concert took us through a musical history of the school, from its foundation to present day. Readings between the performances told the story of Sir Thomas Rich and his dedication to creating an educational establishment for boys in Gloucester City, leading us to the present day.

The Concert opened with the Chamber Choir performing ‘If Ye Love me’ by Tallis, dated 1560, and was followed by a Reading introducing Sir Thomas Rich’s birth in 1601. A number of 16th -19th Century pieces included Chaconne – Purcell (1680) by the String Group, an impressive Cello solo by Jacob Barns of Conerto in C Movt 1 by Haydn, and performances by the String Group, Choir and Orchestra completed the first half of the concert.

The Second half covered 1929 to 2003, during which years the school moved from the City, to its present location in Longlevens. Upbeat pieces, such as the Jazz Band entertaining us with a lively mix including “Ain’t Misbehavin” and a Tribute to Glen Miller, created a light and modern atmosphere. The Beatles, Queen, Madonna were all included, and the Brass Band concluded the concert with ‘Pirates of the Caribbean’ and the Hall Roofs raised by all present singing ‘Tommies Psalm’. 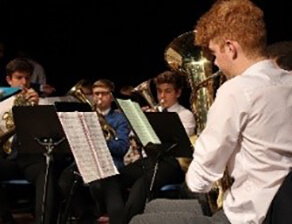 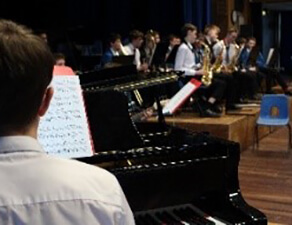 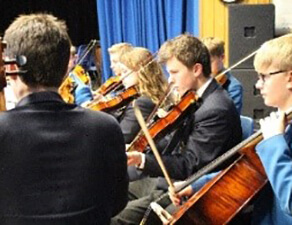 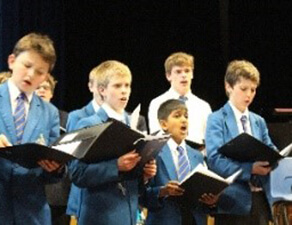 We were pleased to have welcomed over 40 Alumni Members to our Service of Thanksgiving at Gloucester Cathedral on 26th May, 2016.

The service began with a grand Trumpet Fanfare to welcome the procession representing the school community, and guests including the Canon in Residence and the Bishop of Coventry. Continuing tradition, the Cathedral resounded to the Tommy’s Psalm being heartily sung, led by our boys, reminding us of the Schools foundation.

The Reading was taken from the First Letter of St Paul to the Corinthians – well known and true of our school values - and was followed by a ‘Reflection’ by Mr Alan Pilbeam, a former Headmaster. A moving and sincere Address was given by the Lord Bishop of Coventry, after which the School Choir sang ‘Ave Verum’ by Elgar. The school Brass Group, conducted by Mr Matthew Morgan, Headmaster, accompanied the organ for the hymns, which included ‘I Vow To Thee My Country’, and also the National Anthem which concluded the service.

A reception was held afterwards in our Sports Pavilion which gave everyone the opportunity to relax, reminisce and share memories both old and in the making. It would seem our most elderly Alumni member – 93 years old – was present and with his colleague, also a past pupil, kept a number of others present enthralled with their life stories. It is such occasions that show the strength of bonds formed between our pupils, past and present. Friendships that are renewed through the Alumni Association are welcomed and go from strength to strength. We, as a school, feel privileged to be a part of such reunions and look forward to many more being re-established through our Alumni events. 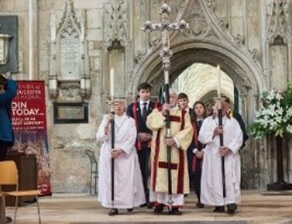 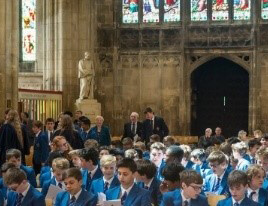 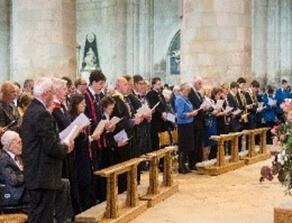 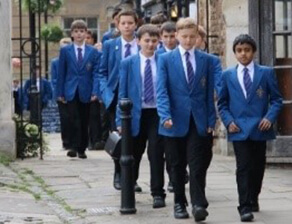