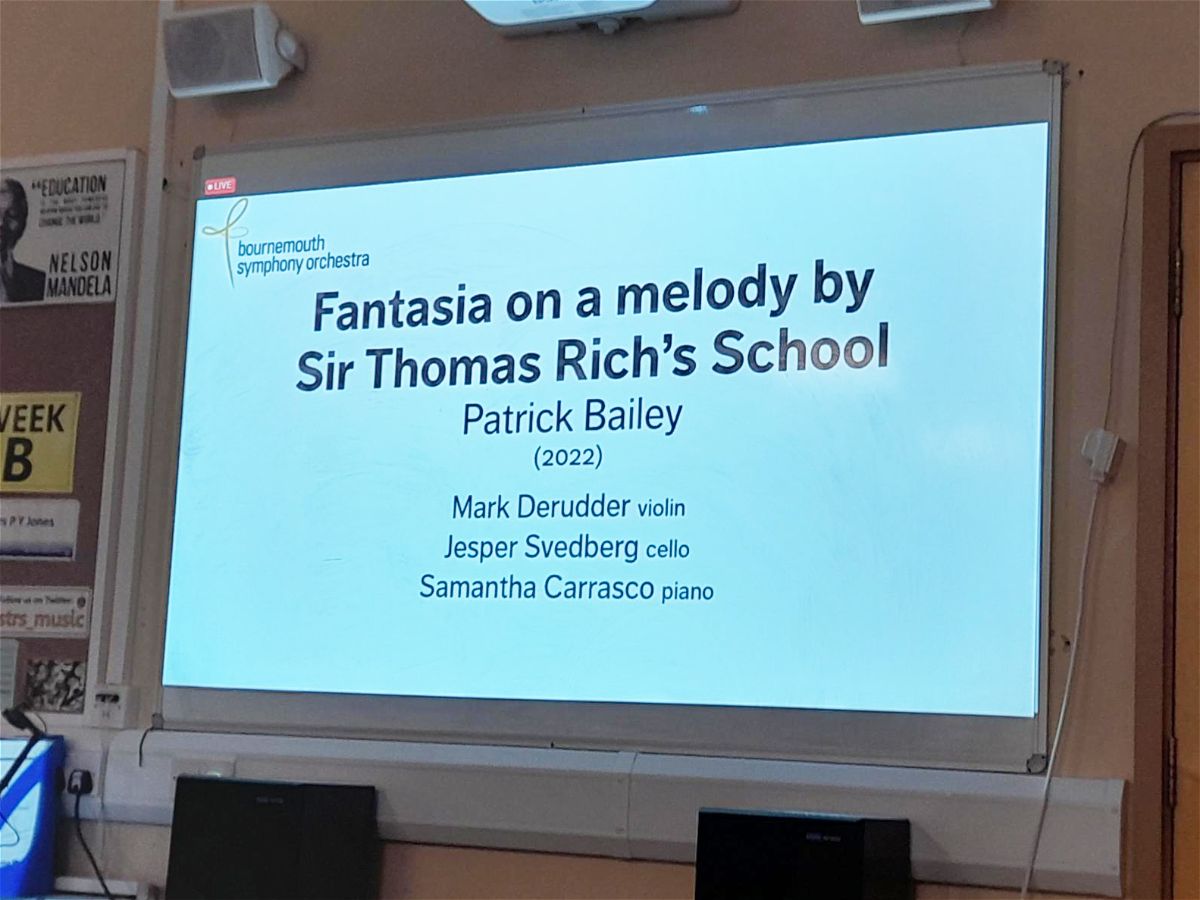 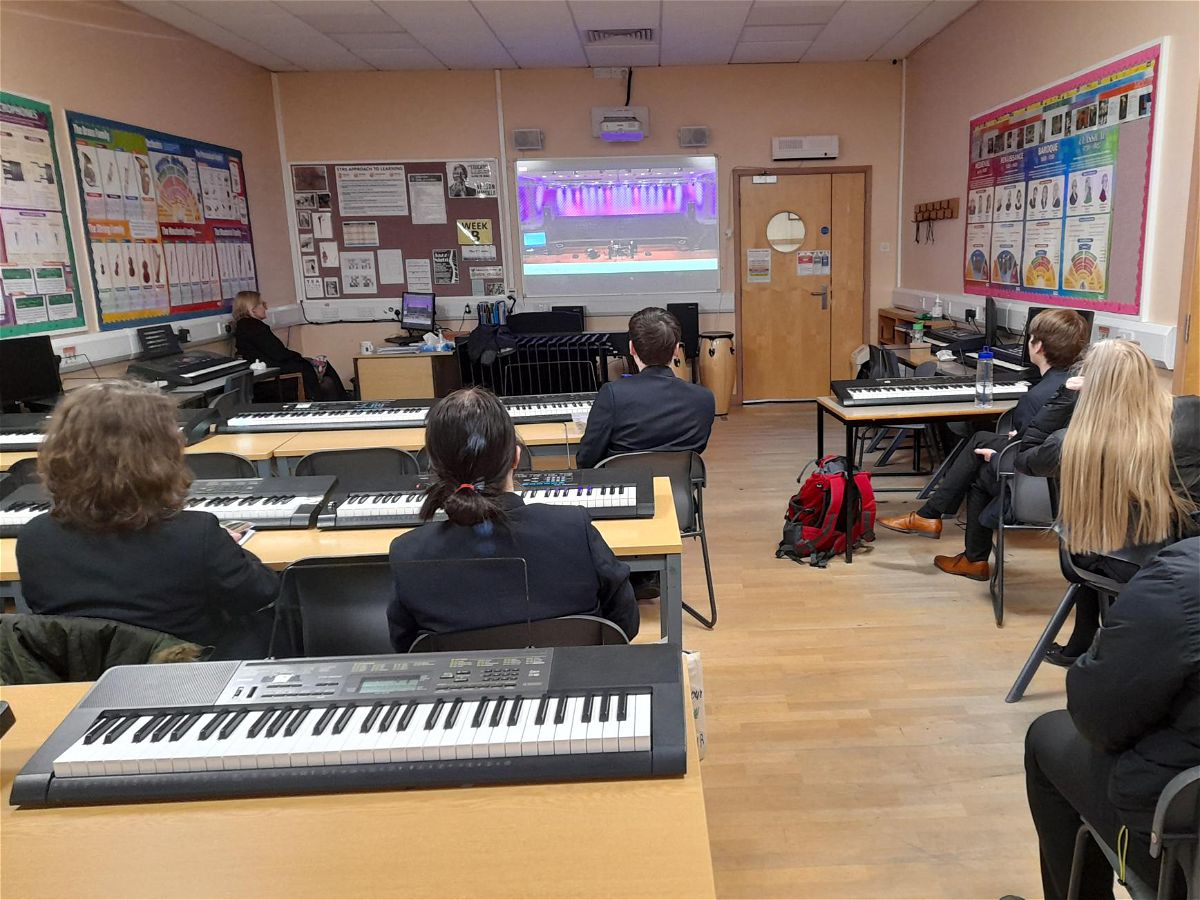 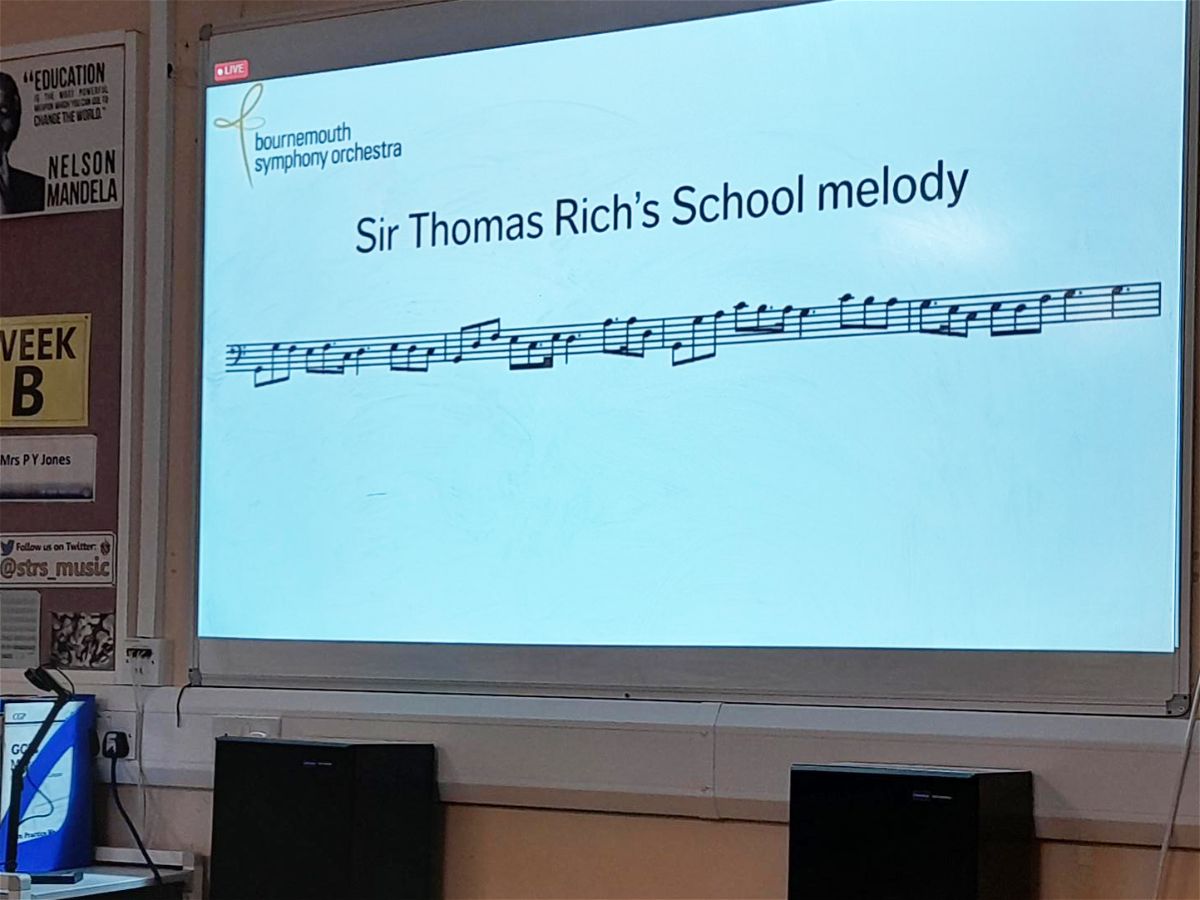 Last week our A Level Music students attended Bournemouth Symphony Orchestra's virtual A Level Set Works Concert – and were thrilled to discover that the BSO had chosen music composed by Sir Thomas Rich’s students in the concert! No mean feat given the huge number of schools from around the country who had submitted pieces.

The first half of the concert explored two of the set works in great detail, and gave students the chance to hear them performed live. For the second half of the concert, schools were asked to compose a melody and send it in advance. From the hundreds of schools who entered, we were delighted to discover that the melody composed by Rich’s A Level musicians was chosen by the BSO to use in the concert. The Orchestra took our opening idea and talked us through the process of composing a successful piece. The concert ended with a fabulous premiere of 'Fantasia on a melody by Sir Thomas Rich's School'.