Mitchel Emery, of Year 9, recently competed at the Cheltenham Festival of Performing Arts. He was competing against 16 other performers from around the county in the Solo Acting class. Mitchel delivered an absolutely faultless and totally believable performance, ultimately winning the competition. He scored 88 out of a possible 90 for his performance. He was awarded the gold medal, as well as, much praise from the adjudicator. Huge congratulations go to Mitchel for his outstanding achievement. 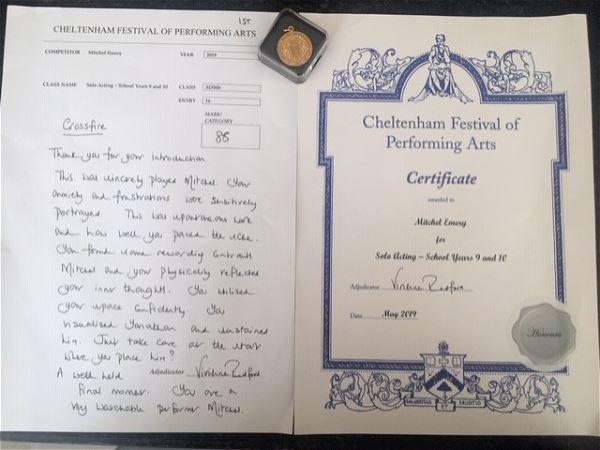