Chess - So Close To A Great Success

Another season of chess comes to a close for Sir Thomas Rich’s, with the team sitting on top of the league, and having won through to the last 16 of the national schools plate competition, both commendably achievements. However, I feel that we came close to having an outstanding season, but missed a couple of opportunities to win important matches.
A season of P16 W9 D3 L4 is certainly pleasing. We were losing Regional Finalists in the ECF School’s National Knockout, and we are top of Division 3 of the North Gloucestershire (adult) Chess League.
In the School’s knockout we recorded wins over Monmouth School and Hereford Cathedral School, before losing in the Regional Final (Warwickshire, Gloucestershire, Worcestershire & Herefordshire) to King Edward VI School, Edgbaston. KES fielded a strong team, but we played some good chess and had chances in a couple of games that we eventually lost. KES were worthy winners by 4½ points to 2. This put us into the Plate Competition, in the last 16 of the National Stage. We received a home draw to Torquay Grammar School, and lost a very close match 4 – 2½. Again, we were winning in at least one game before errors cost us. I feel that this is a match that we could have won.
In the North Gloucestershire league, we won 6 of our first 7 matches to put us on top of the league. Some indifferent form in the second half of the season followed, but a resounding 3½ – 1½ victory over Gloucester Chess Club C in our last match has consolidated our top-of-the-table position. A league record of P12, W7, D3, L2 means that we will be 1st, or equal 1st, depending on results in the final round of matches (not involving us).
A number of boys have improved their chess considerably this season. William Sullivan (11B) and Anthony Ifeacho (10B) are now playing consistent thoughtful games, and both have good records this season.
Robert Ashworth (8B) has played in all 16 school matches, only losing 2 games. He has been selected in the England training squad and has played in an international competition in the Czech Republic.
Michael Ashworth has had a fantastic season for the school: P14, W12, D2, L0. He has been selected in the Gloucestershire (adult) county team, as well as the England U-15 team. He has also been to the Czech Republic with England, and he is the current West of England U-16 and U-18 champion.
My thanks go to Mr J Stewart for his expert coaching at chess club, and to Mr Swann for supervising and playing in a number of matches (including a couple of savage victories). 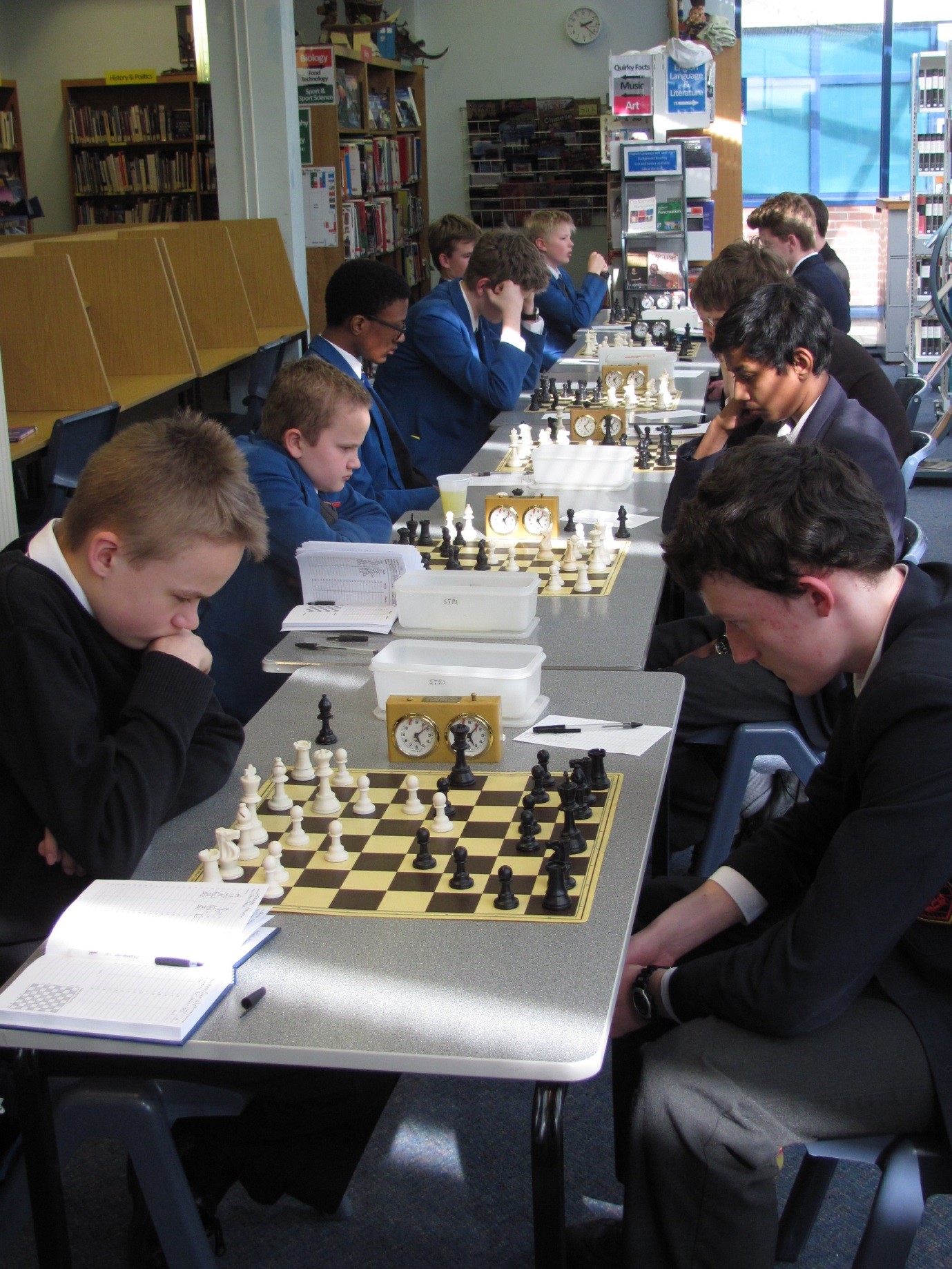