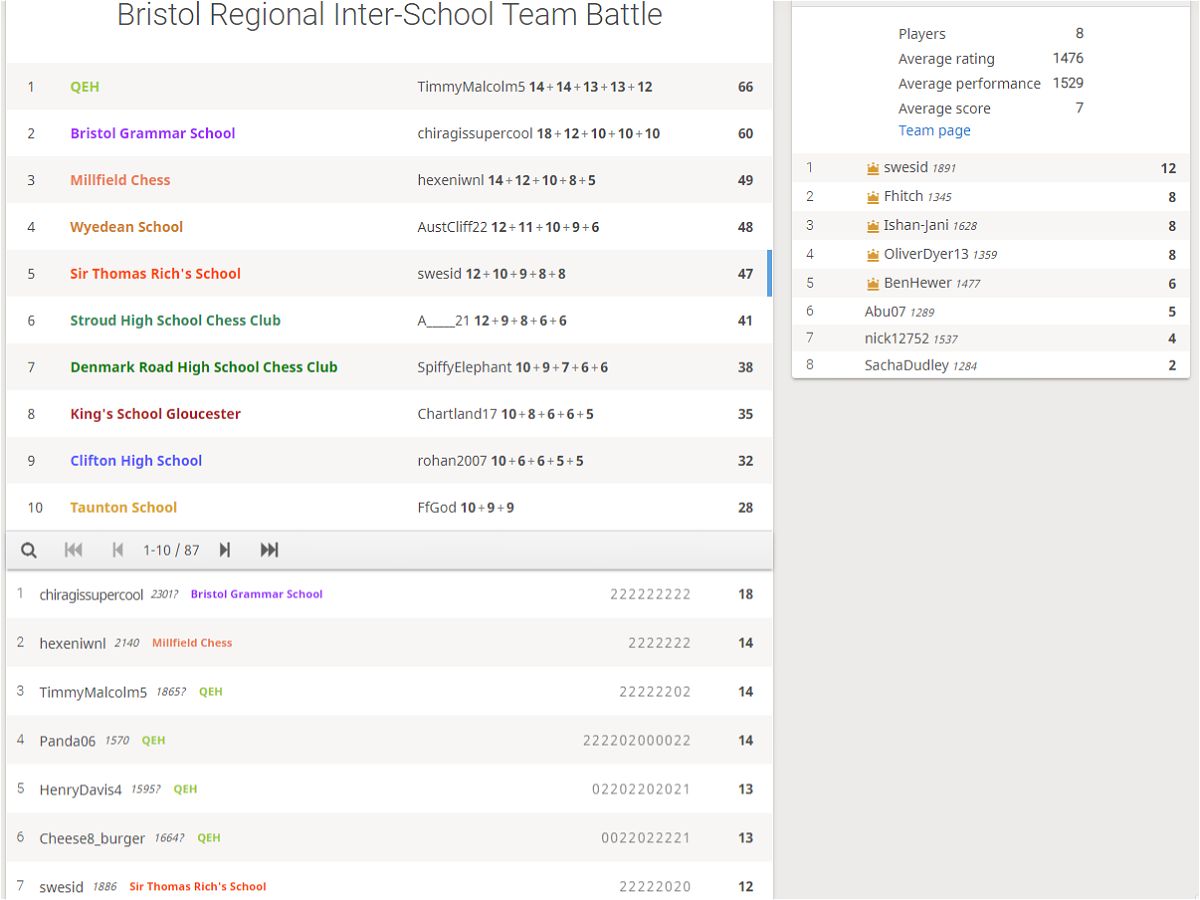 The Chess Team entered the online inter-school chess competition on 1 February. Ten of the best chess-playing schools from the South West region took part, from Taunton School and Millfield in the south to BGS and Clifton High from Bristol, with local opposition from Stroud High, Denmark Road High School and King’s School. The event was run on www.lichess.org, an online chess platform recognised by the ECF.

The Sir Thomas Rich’s team of eight students was headed by Sid Venkatanarayanan, with Ishan Jani, Nick Poyser, Finley Hitchings, Sacha Dudley, Oliver Dyer, Ben Hewer and Abu Badat. All the boys played some good chess, with all our players winning some games. Sid started the competition very well, winning his first five games and ending with six wins from eight games to score 12 points. Others made significant contributions: Finley scoring 10 points; Ishan 9; and Nick and Oli both 8.

Rich’s came a commendable fifth in the competition with 47 points, coming ahead of some very good chess-playing schools, and ending only 2 points below Millfield School in third. The winners were QEH who fielded a large squad of strong players.

Individually, Sid played some excellent chess and came 7th out of a total of 84 players with a personal score of 12 points.

Congratulations to the Rich’s team for successfully competing in what is perhaps the first school fixture in any sport this academic year!