The School celebrated European Day of Languages. It is a day to celebrate the large number of languages spoken around the world (approximately 7,000), promote language learning and have some multilingual fun! This day was the initiative of the Council of Europe and it has been celebrated every year since 2001. Language ambassadors from year 10 and the Sixth Form ran a number of activities during the morning. These included testing their language skills to recognise “Hello" in 12 different languages, sequencing numbers in Welsh, Swedish and Dutch and trying out some tongue twisters in French, German and Spanish. The culmination of the event was an exciting “Who wants to be a millionaire" competition which was ably hosted by Julian Richardson and won by a team from 9T. It was an enjoyable day and reaffirmed the School's commitment to the importance of languages, cultural knowledge and international understanding in today's world. 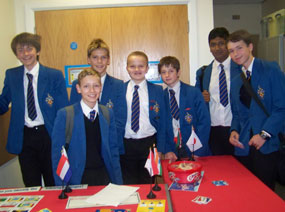 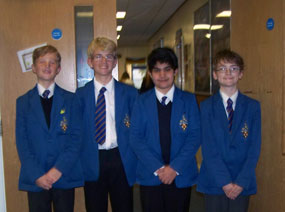