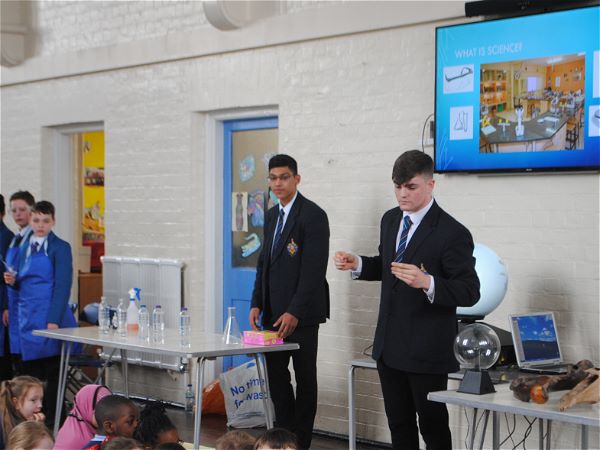 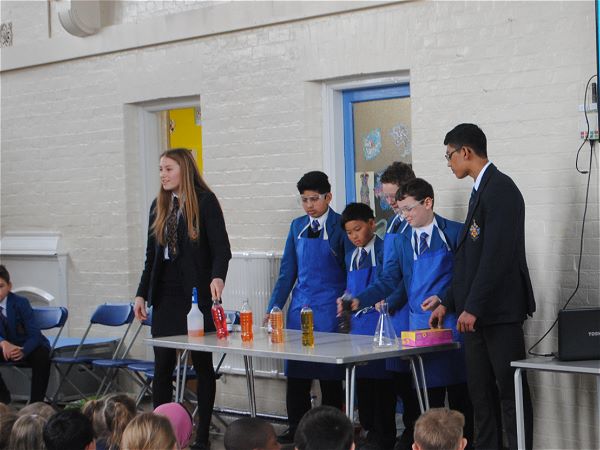 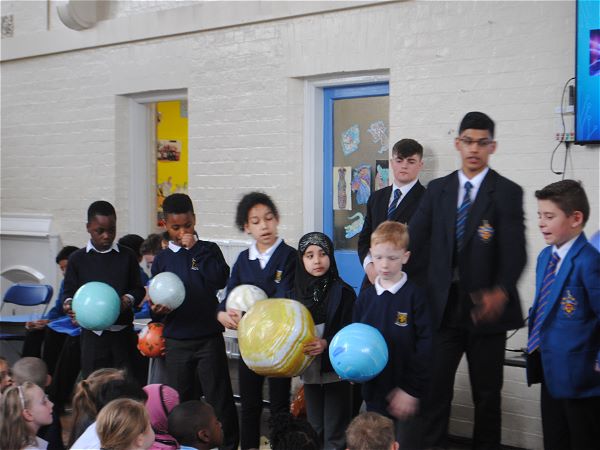 Three Year 12 and ten Year 7 pupils from Sir Thomas Rich’s visited Tredworth Junior School on 14th March to present a well-received science assembly:
“We were there to present an interactive assembly on science to pupils from Years 3 through to 6. Our aim was to excite and inform the younger children, and show off science as a whole. We included experiments such as creating a magic rainbow with chemicals, used inflatable planets to show the solar system, and soft toy organs which the children could come and place on to a body to learn about their locations and functions. The pupils were particularly excited about the plasma ball we brought along, and the chocolates we gave out to those who correctly answered our quiz questions! All in all, we had a great time presenting and planning this assembly and look forward to sharing it to more schools in Gloucestershire.”
Rosie, Samuel and Ajay

If you work at a Gloucestershire primary school and would be interested in an interactive science assembly delivered by Rich's pupils, contact us on teachingschool@strs.org.uk. 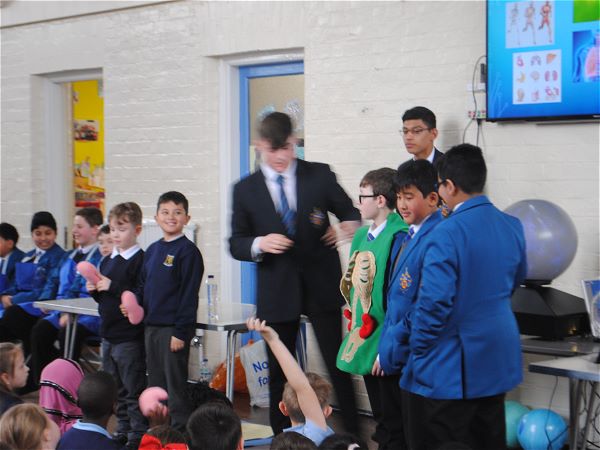