Two teams of Gold and one of Silver Duke of Edinburgh students successfully completed their Assessed Expeditions at the start of this month. The two Gold teams set off from the bunkhouse on Saturday morning fortified by a full breakfast and in pleasant sunshine.

The excellent conduct of our students was thrown into sharp relief by the poor conduct of groups of girls from a private boarding school on that first evening. Not content with shouting and screaming around the mountains and earning a reprimand from one of our Assessors during the day, they then exhibited some very unpleasant behaviour to our students who had the misfortune to be sharing a campsite with them. Fortunately a promise to report their poor conduct to the Duke of Edinburgh officers concentrated the minds of their teachers and our students were able to pass an uneventful, if uneasy night.

Sunday began with rain in the early hours and got worse during the day with high winds and low cloud which made for a miserable start for the Silver team. However, they were undaunted and remained cheerful and supportive of each other. The Gold teams also persevered, packing up wet tents and managing to keep themselves dry. Fortunately all of the planned routes that day were at relatively low levels but even there the cloud was down and it was cold.

By Monday the rain had largely moved off and the temperature rose to a pleasant level for walking. Tuesday also largely defied the forecast to stay mostly dry with the odd burst of sunshine. All teams worked well together and there were no serious hitches or navigation errors. Tj's boots shed their soles at the start of Mondays hike but some robust and extensive tape saw him and his boots through to the end on Tuesday – just. Also on that day, one team member led his team across an “interesting" contouring experience through bracken and across scree slopes – under the direct, distant observation of their Assessor. A bloodless coup saw others taking charge after this point.

The final day provided gripping excitement from the top of the Sugar Loaf as we watched the two Gold teams approach the final destination from different points. Using binoculars, it was possible to discern just when they spotted each other. However, it is not a race and team spirits prevailed in ensuring all members were supported and encouraged.

Meanwhile on a hilltop nearby, the Silver team drew to a successful conclusion, even managing a final surge, beyond their route, to climb to the top of Crug Hywel (table-mountain).

Our plan to meet up at the Priory in Abergavenny for a civilised finish and replenishment did not work out as they were only serving a few sad cakes. Instead we opted for a far more satisfying and well-earned fish and chips variations round the corner. By 4.00pm we were en route back to school and away from strange signs with double consonants that would be envied by east European countries.

Yet again we have been fortunate to have two assessors who take their role well beyond that of a checker, to support, encourage and even, at times, assist the students. Their positive approach and genuine interest in the short and long term well-being of the students is much appreciated.

Well done to all the students who took part. Their team work, good humour and resilience was a credit to all of them. 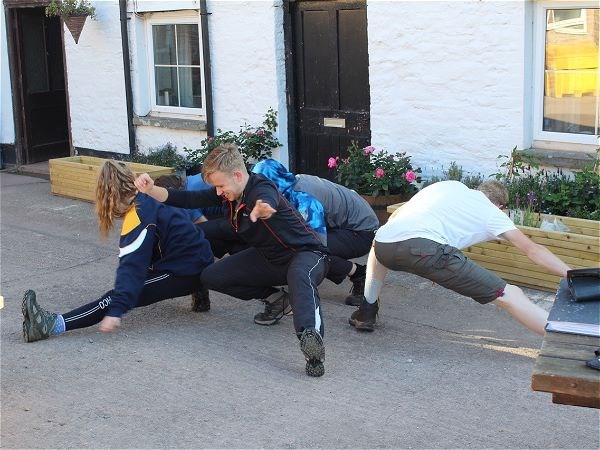 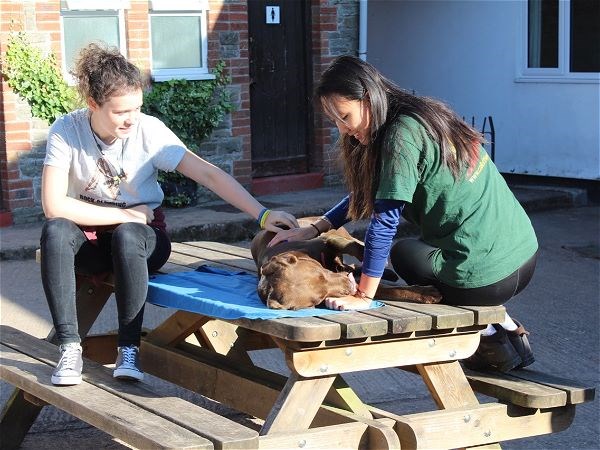 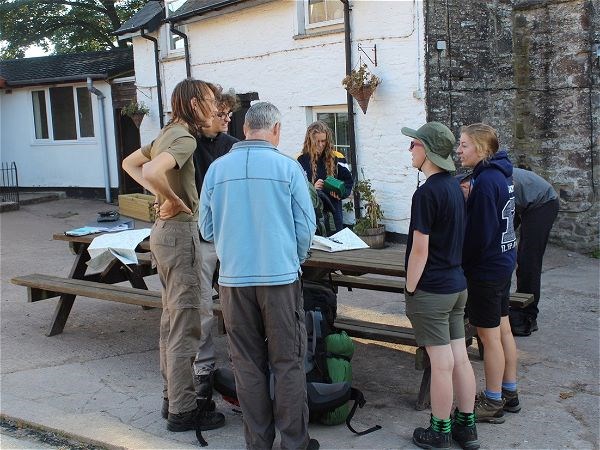 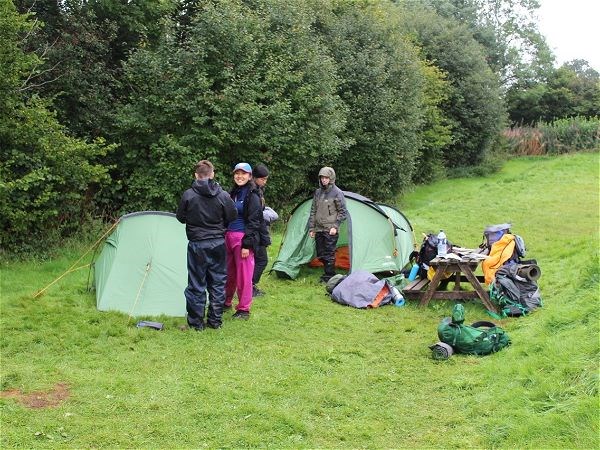 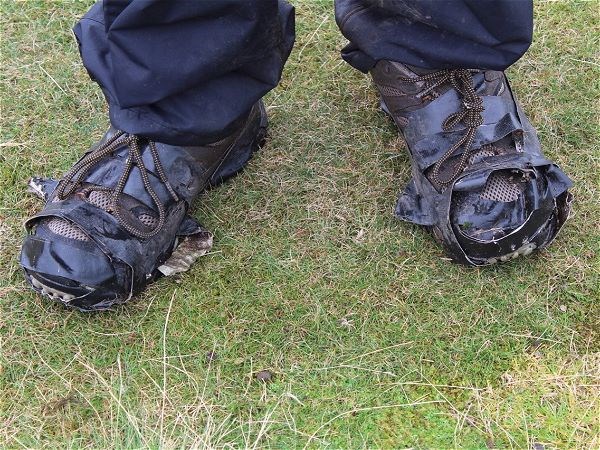 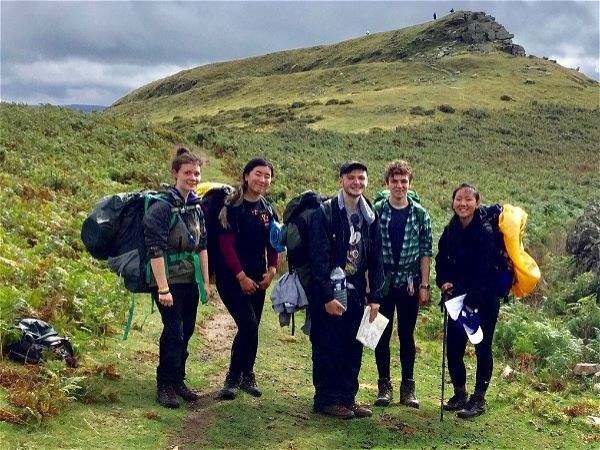 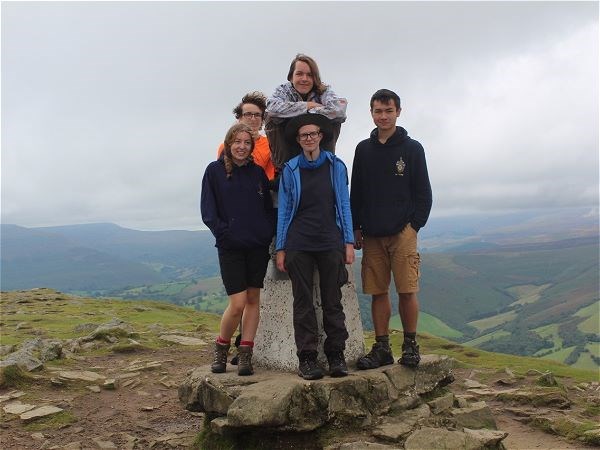 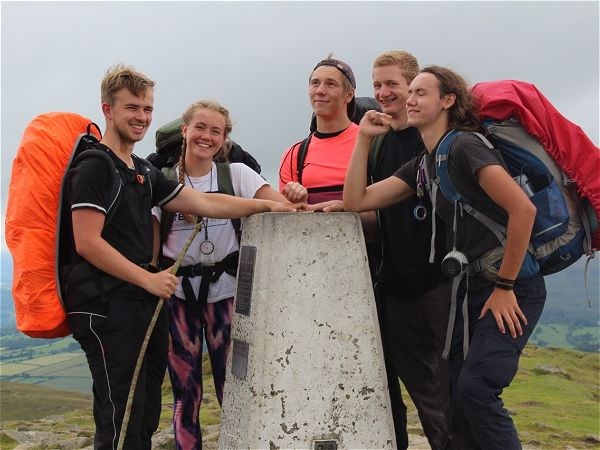 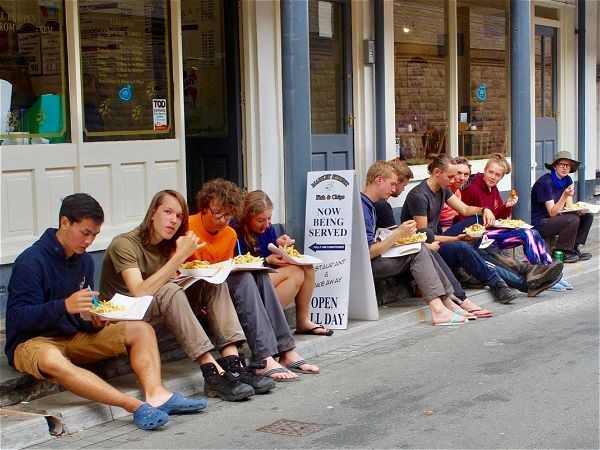