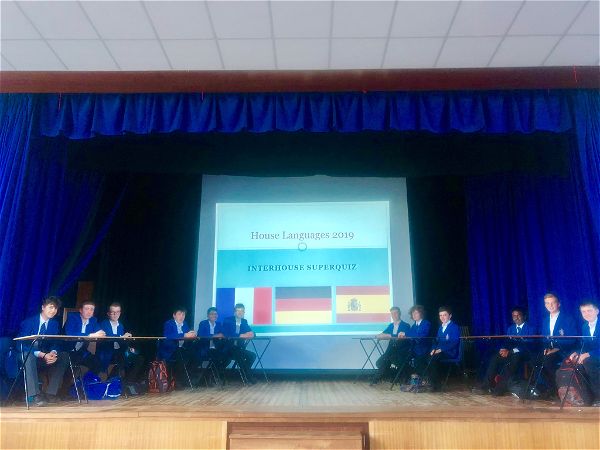 Last Monday saw the return of the House Languages competition in the new and exciting format of an Interhouse Superquiz. Teams with contestants from each Key Stage were tested on their linguistic and cultural knowledge. Three heated buzzer rounds were followed by a mixed round which involved all three Key Stages and the opportunity to confer on answers. It was a hotly contested, close run race but one House had the edge throughout and Eastgate eventually stormed to victory with an impressive 30 points and 2nd, 3rd and 4th places were taken by Southgate, Westgate and Northgate respectively. Many thanks to the Year 9 language ambassadors for being the hosts with the most as questionmasters and to Mr. Gregory, Mr. Reece and Mr. Lewis for judging the competition. Well done to all involved!