James Chantler, a year 11 pupil, has recently competed in the British triathlon national youth series (for those in years 10 and 11 at school). There are 6 different events throughout the country, from April to September. His results:

This gave him an overall placing of 5th in the series. He still has another year to go in that age group, so will be hoping for a top 3 finish next year. 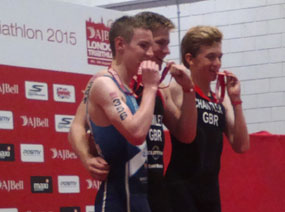