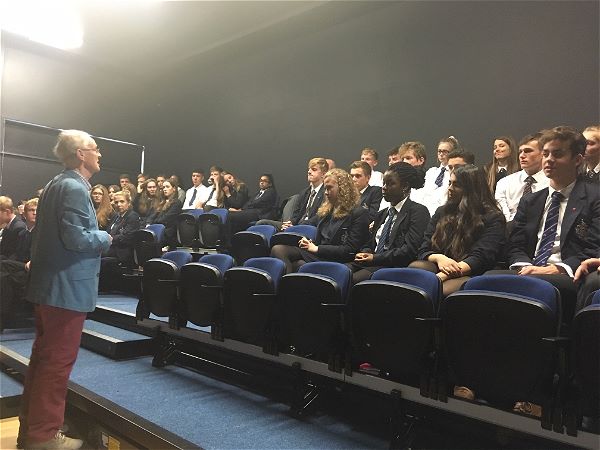 Lord Tyler visited STRS to talk to our students of Government and Politics about the work of a Peer. He spoke about life working as an MP and chief whip for the Liberal Democrats. Students posed questions about his thoughts on electoral reform, Brexit, Constitutional change and reform of the House of Lords. Year 12 student Lewis McQueer was particularly impressed by Lord Tyler’s frank appraisal of why MPs won’t vote for electoral change; ‘Turkey’s don’t vote for Christmas’!

The work of the House of Lords forms a significant part of the A Level Politics course and this visit has developed student’s understanding of who works in the House of Lords, what forms their agenda and the role they have in scrutinising the work of Government. Lord Tyler’s frank and engaging analysis was welcomed and enjoyed by all. The subject of House of Lords reform is also the focus of ‘The weekly debate’ so all tutor groups have been busy considering the role of Lords in modern society.