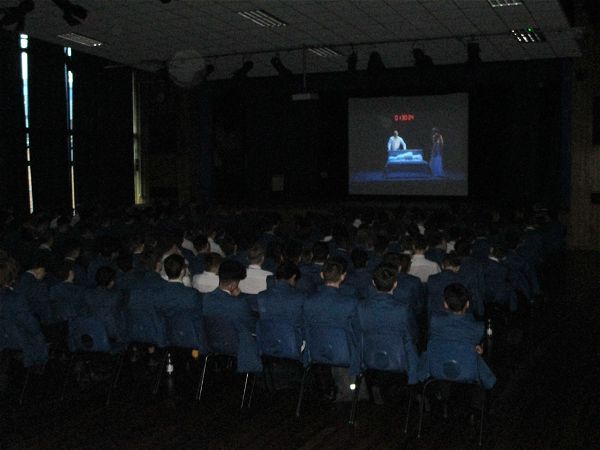 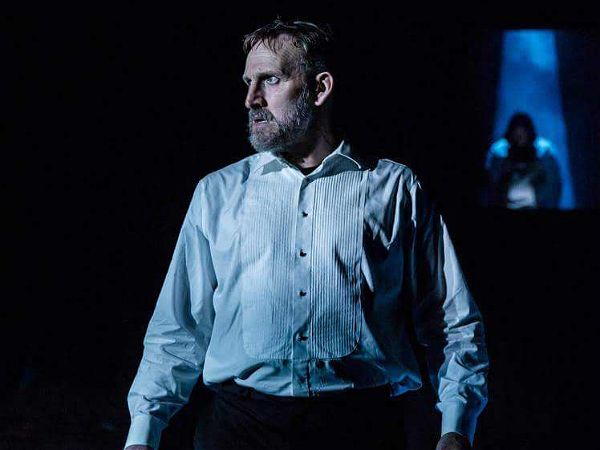 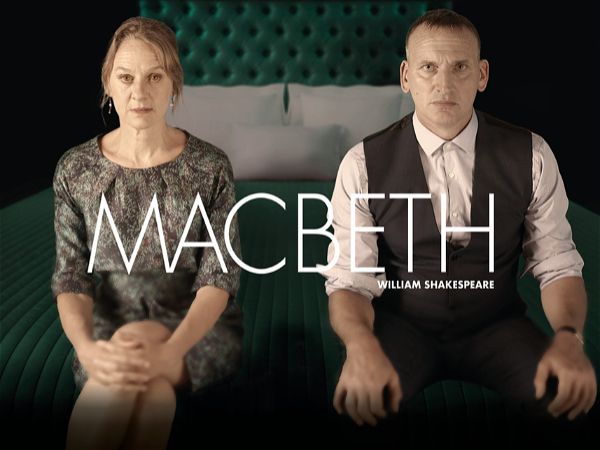 Something wicked this way comes: Year 10 and 11 students are celebrating World Book Day by enjoying a free Royal Shakespeare Company broadcast of Macbeth this morning in the School Hall. A fantastic opportunity to see the RSC’s acclaimed 2018 production starring Christopher Ecclestone and Niamh Cusack. The RSC says in its production notes:

“The 2018 production of Macbeth, directed by Polly Findlay and starring Christopher Ecclestone and Niamh Cusack, is set in a modern version of Scotland and the set, designed by Fly Davies, has been made to look like a waiting room. On either side of the stage you will see chairs, laid out as they would be in a waiting room with a water cooler and modern light fittings, and above the stage is a digital clock and viewing gallery. The clock is large and foregrounds the importance of time in the play, counting down to the moment of Macbeth’s inevitable death, while the walls of the waiting room are used throughout the play to keep a tally of the death toll in the play. None of these deaths are seen on stage, but happen out of sight.”