The STRS chess team travelled to Imperial College, London on Wednesday 29th March to compete in the ECF School Team Chess Challenge, a rapidplay event for school teams of 4 players. 14 schools had won regional heats to reach the finals, one school from each of Scotland and Wales together with 12 teams from across England.

One pleasing aspect of the day was that we finally overcame Millfield School, as they came in behind us in 6th place.

Our 4 players all recorded fine results. Michael Ashworth on board 1 scored 3 wins and a draw from his 5 games, Robert Ashworth scored 3 from 5, Anthony Ifeacho 2 from 5, but the highest scorer was Danny Howlett (who is only in year 7) with 4 wins from 5 on board 4.

This is the best result ever in a national competition for chess at STRS. Congratulations.

The full school team now look forward to competing in the finals of the ECF National Schools Knockout, the main schools competition for teams of 6 played at standard time rates. We have qualified as one of 16 school for the 2 day finals which take place at Uppingham School in early July. 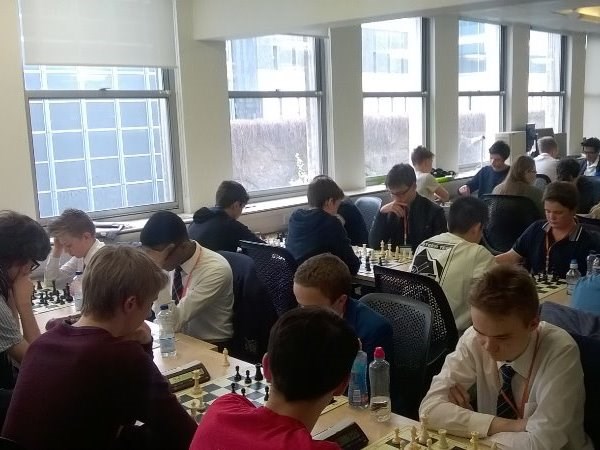