In February pupils, who just started learning French in September, were able to enjoy a production by the Onatti Theatre Company. It was cleverly written to allow for the natural use of English and French within the story which revolved around missing pieces of a magic jigsaw puzzle of the world. These pieces represented countries where French is spoken – France, parts of Belgium, Africa, Ivory Coast.

On finding a piece of the jigsaw puzzle Nathan was taken back one morning to wake up and find his mother speaking to him in fluent French! Then his sister gave him her usual childish remarks in perfect French and when he saw his grandmother, she too spoke to him in French! What's going on! If it is a joke it's a pretty good one - his sister is only six years old and his mother has gone from practically no French to fluent over night! Nathan cannot believe it - The world's gone French!

The play was very funny and allowed for plenty of pupil participation. It gave pupils the opportunity to hear and understand a lot of French and also a little insight into French culture.

We were pleased to welcome to the performance pupils from Longlevens Junior School who very much enjoyed the play and impressed with their questions in French. 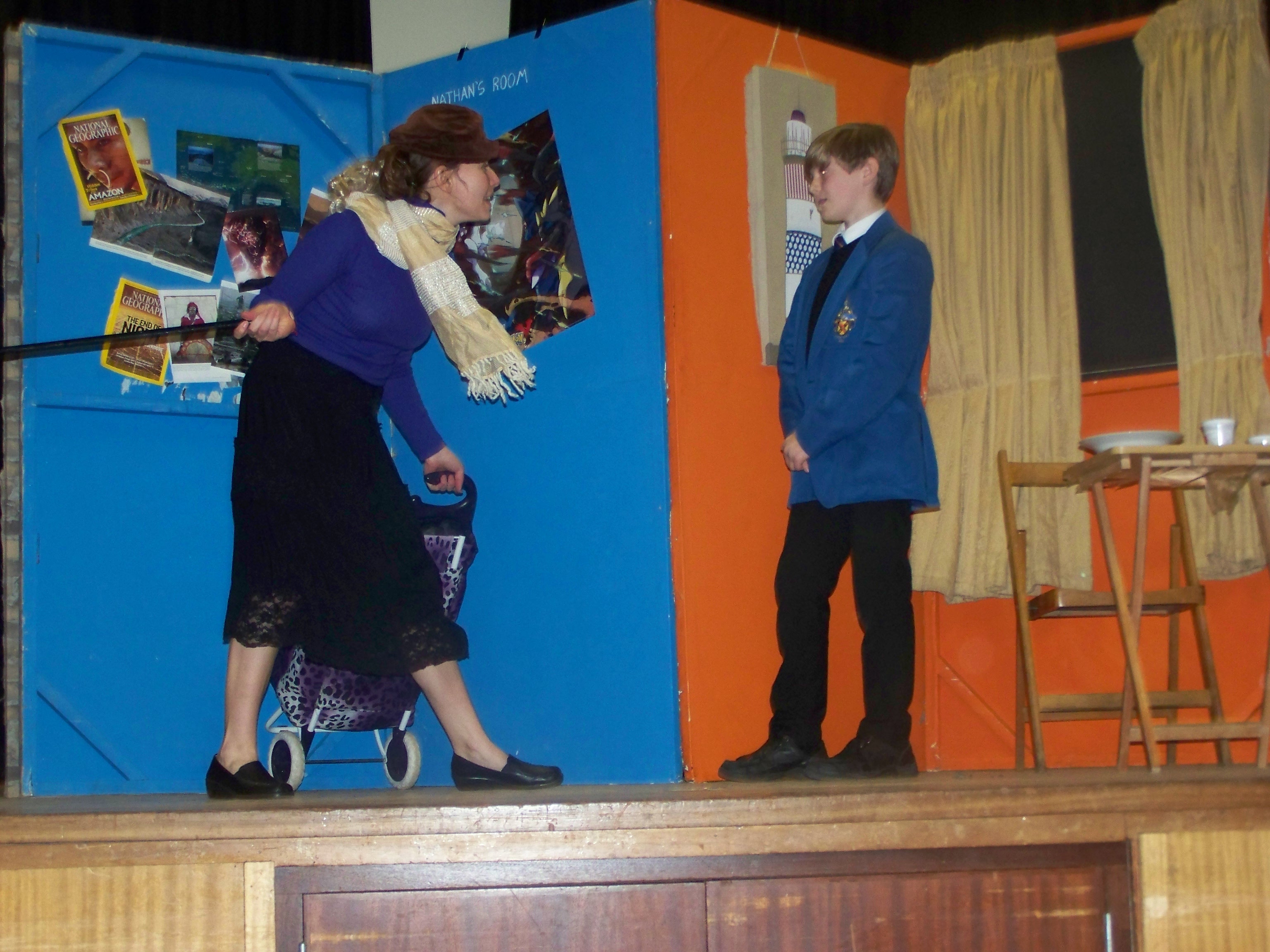 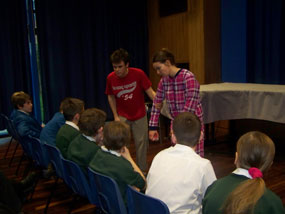 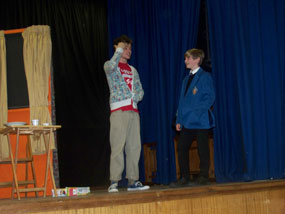