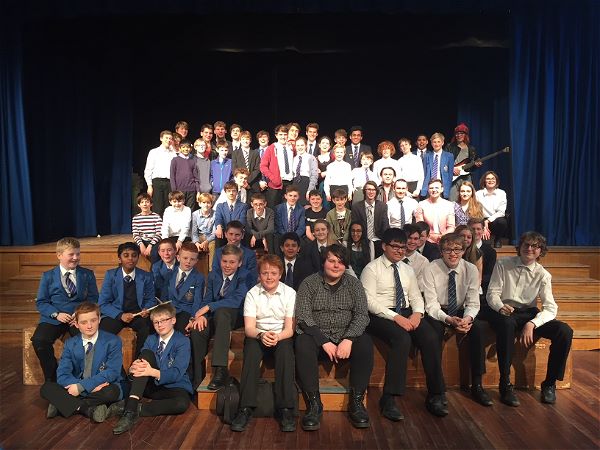 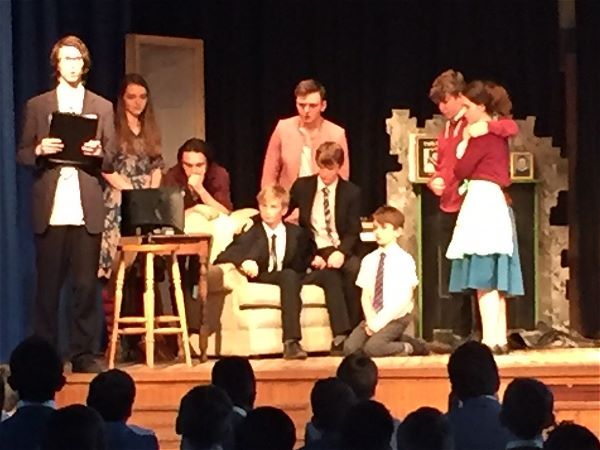 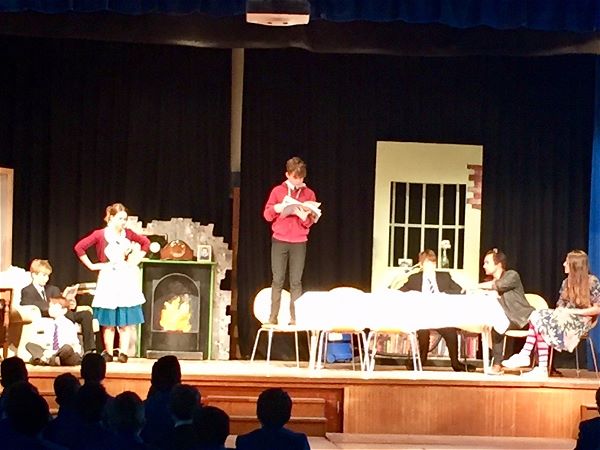 The preparation, enthusiasm and commitment shown in the lead up to House Drama has been outstanding this year. James Gautrey, Nathanael Kane, Daniel Parrott, Callum May & Olivia Skipsey (see images) have all worked exceptionally hard to guide their cast to produce engaging and meaningful performances. To deliver performances of such excellent quality takes time, organisation and patience. Each of the leaders have shown this in abundance and they’ve worked hard to keep to the schedule they were given earning points for their house along the way. It was an absolute pleasure to watch as their interpretations of the stimuli emerged. They were all calm, positive and friendly throughout the process and clearly very talented. The cast for each house did not disappoint. They conducted themselves in a professional manner throughout and delivered entertaining and engaging performances for all to see. A wealth of talent reflected across all year groups!

A slick, engaging and professional performance. A poignant and touching message wrapped up in an entertaining farce. The power and importance of family was resonant throughout this well written and beautifully crafted play. The confidence of the cast was entertaining, the pace was good and the organised ‘chaos’ created a sense of realism in everyday family life. Alfie Griffin in his oversized suit was a joy to watch, Guy Cornish provided the anchor for much of the humour and the coming and goings of the house itself. Amy Johnson delighted audiences again with her maternal ‘fussing,’ whilst Bradley Dale’s larger than life character “Sweet as honey” created humour for the audience. Connor Howley was quite at home in Mrs Spilsbury’s old suit and added to the energy present in all of the cast on stage. The power of this piece was in its ability to create humour whilst simultaneously reminding the audience to value the things in life that are most precious. As Matthew Taylor enters the stage as the news reporter declaring the potential onset of war the tone shifts and a tableau of the family is left to resonate with the hearts of the audience. The use of physical theatre at the end of the piece reinforces the play’s message as the older James states “I’ll always see my family in colour.” Beautiful!

An ambitious and creative approach to the task with a script that delivered a thoroughly enjoyable and light hearted performance encapsulating a relevant message.  The cast were a pleasure to watch and genuinely made the audience smile. The members of the band, lip syncing to the music worked well. Will Rossiter stood out as the ‘dramatic’ bass player and Zephaniah Parsons-Birt kept the group in time with his drumming, whilst Samuel Kane provided the lyrics perfectly timed with the music. George Hawthorne gave a convincing performance of a young boy faced with difficult choices, Daniel Parrot provided subtle humour and Izzy Johnson was outstanding. Watching the chorus of “We Will Rock You” was an absolute pleasure. All of this intertwined with effective use of technology and music. Ambitious, enjoyable and wonderfully inclusive! Great to see so many of Southgate in the cast.

A mature and emotive reflection on the issue of mental health and addiction. The emotional intensity in this play was effectively conveyed through the interactions between April Marsden and Oliver Fewell. Supported by a strong cast the audience are shown flashbacks to the protagonist’s youth. Tom Gennard’s ‘frozen’ father depicted a compassionate take on PTSD and Tom Arnold’s vocal delivery and presence on stage was excellent. April Marsden and Oliver Fewell should be congratulated on their ability to hold the audience’s attention throughout the performance. Nathanael Kane should also be congratulated on delivering such a powerful a script.

An original concept which lead to a thought provoking and enjoyable play. The cast were strong and blocking was used effectively to convey the ‘chaos’ of the ruined wedding plans. Finlay Mitchell provided humour as the waiter that didn’t 'deliver'. Alistair Ryan amused us all whilst trying to control his wayward children and who would ever argue with Mary Ogunleye over a cake? Zac Castledine provided an amusing cameo as the cake delivery man, Caspar Lindgren was suitably frustrated by the various responsibilities he was tasked with and Yasmin Patching delivered an engaging and pitiable bride. All of this was beautifully introduced by James Gautrey as he paraphrased T.S Eliot’s question “Who dares disturb the universe?”