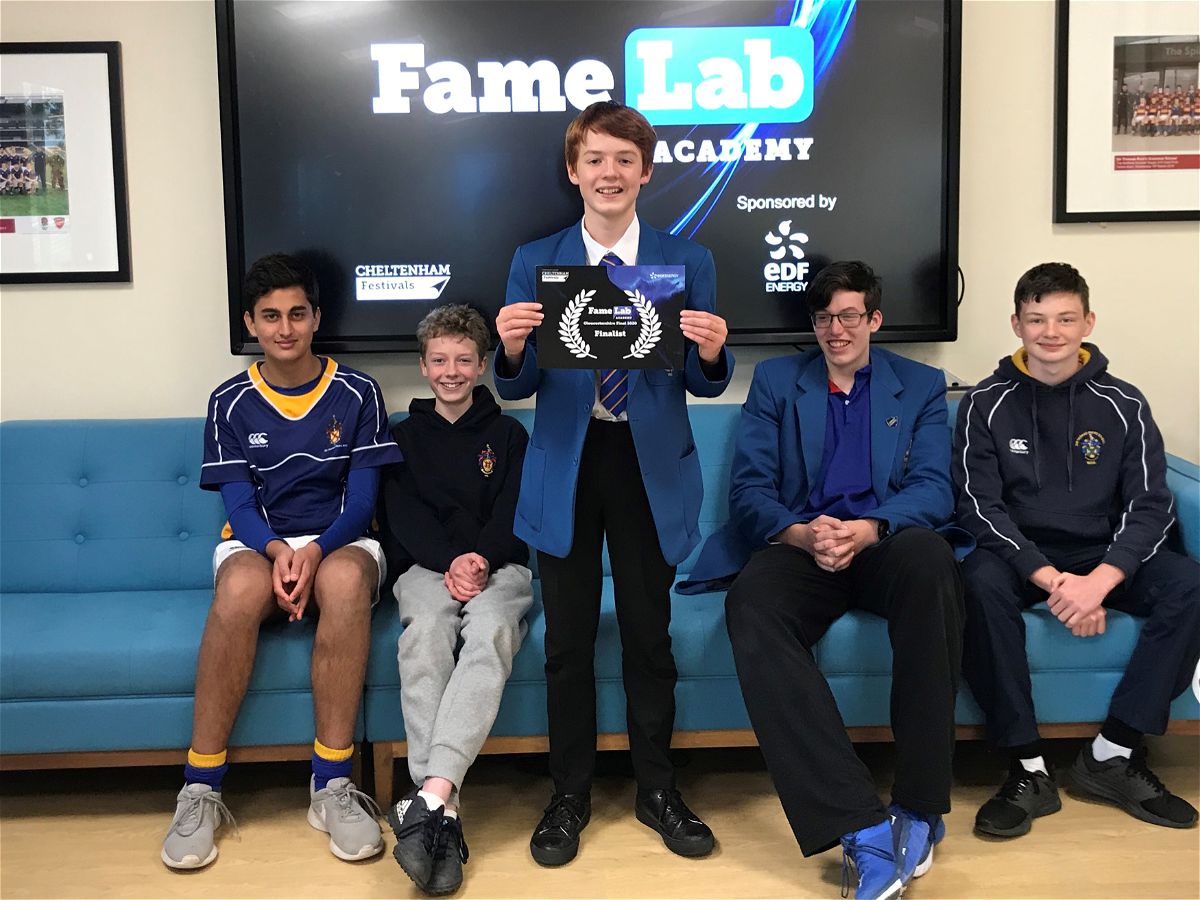 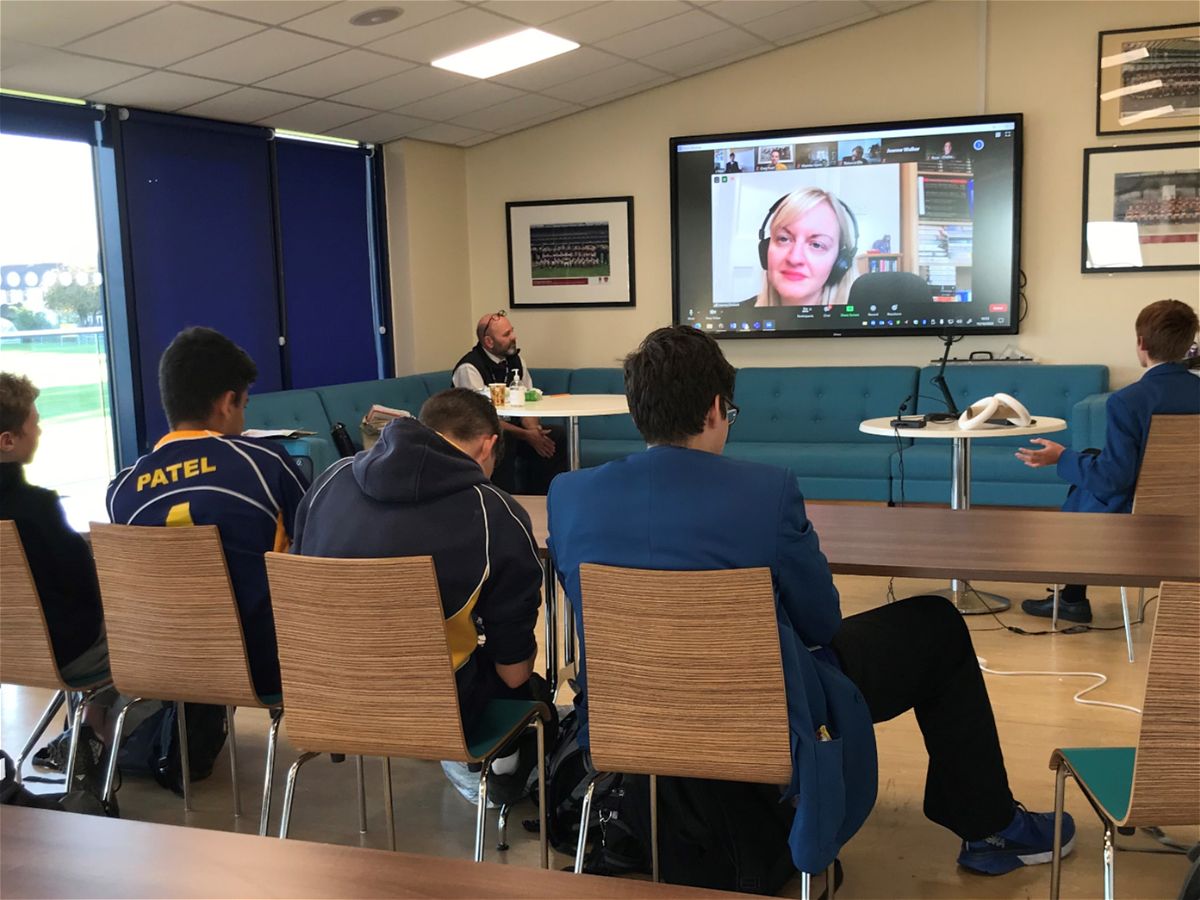 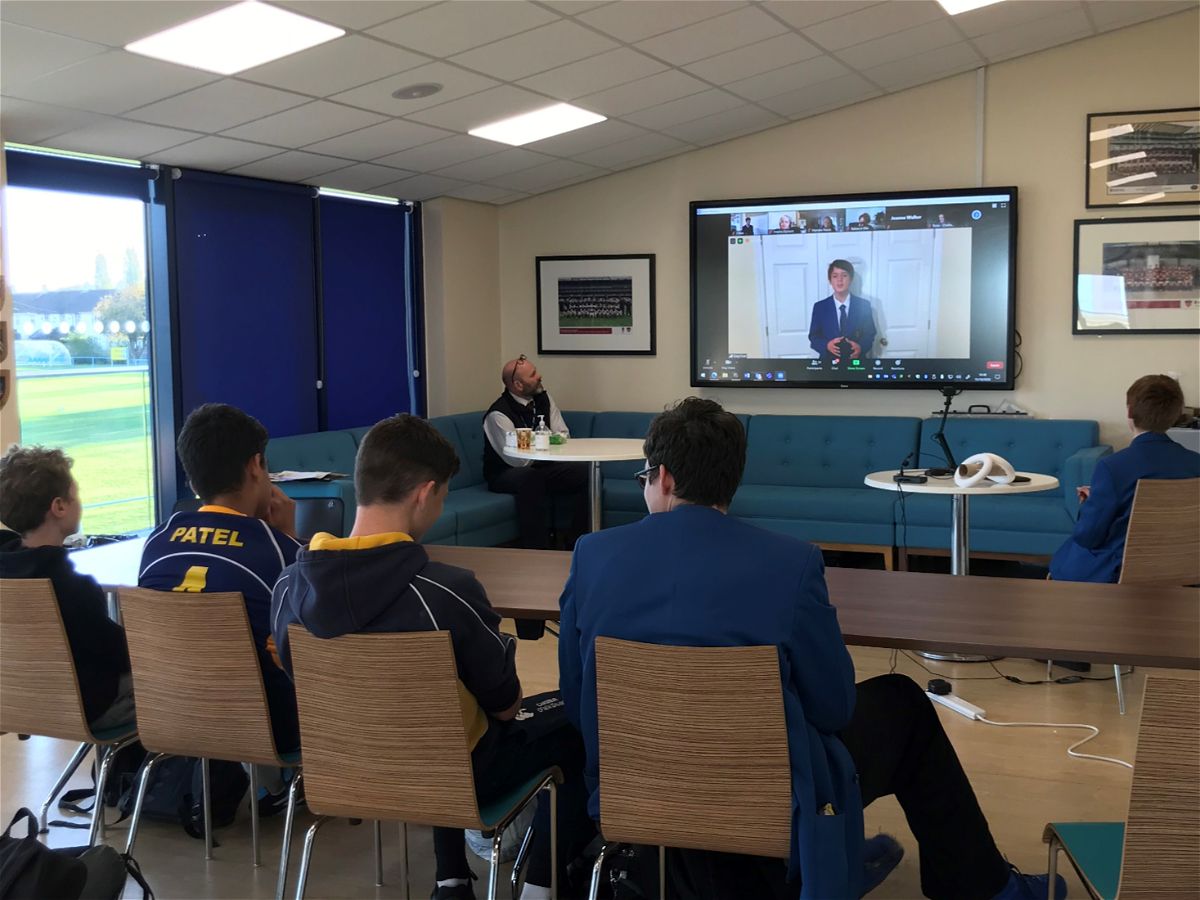 Well done to Harry Walker in 10B who took part in the FameLab Academy finals, organised by the Cheltenham Science Festival, in the Pavilion last night by Zoom. This was the second part of the finals, postponed from March, and it was good to see the competition making use of technology to continue. Harry didn’t win but he should be congratulated on the fantastic talk he had prepared: “Why we can’t go faster than light speed, but how we can in the future”, and the confident way he dealt with the judges’ questions.

The original brief for the first part of the competition back in February was to speak for three minutes on a STEM topic in front of a Year 8 audience, explaining a complex scientific topic in a dynamic and engaging way. Year 12 mentors supported and helped each of the competitors prepare for the event, who all coped admirably with some tough questioning from the judges. Our finalist from the first section, Harry, then sent a recording of his three-minute talk to Cheltenham Science Festival, which was played on the Zoom call at the final this week, along with entries from the other Gloucestershire finalists. Harry was asked three questions by the judges live after his talk was played. The judges were Dr Marieke Navin (Head of Programming at Cheltenham Science Festival), Jo Durrant (BBC Radio Gloucestershire Producer) and Becky Ellis (FameLab UK Winner 2020), and the compere was Greg Foot, science journalist and BBC science presenter.

Four Year 10 students, Aahan Patel, Theo Beck, Tom Wharton and Josh King joined Harry to support him, and they enjoyed watching the talks from the other schools and took part in a scavenger hunt while the judges deliberated!

Although Harry didn’t win, we are very proud of his overall performance.