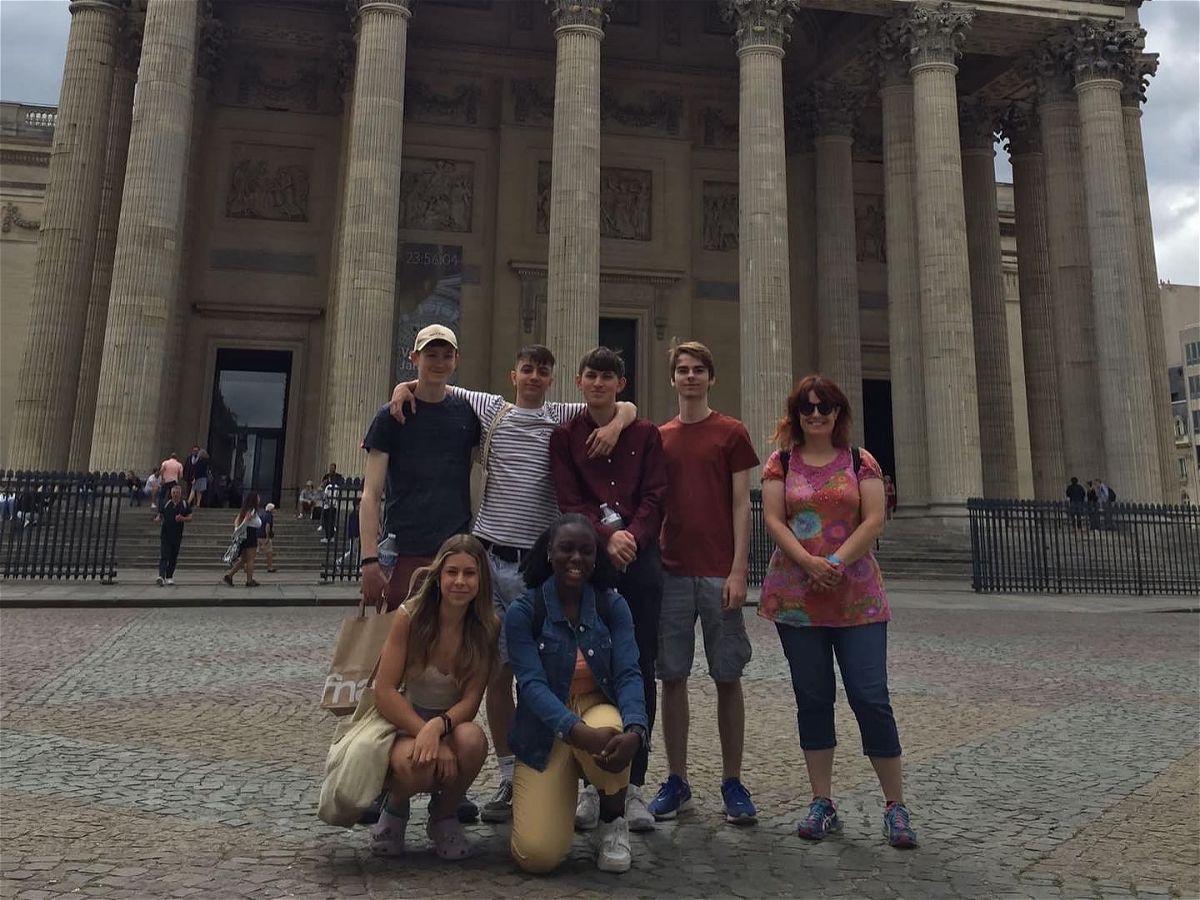 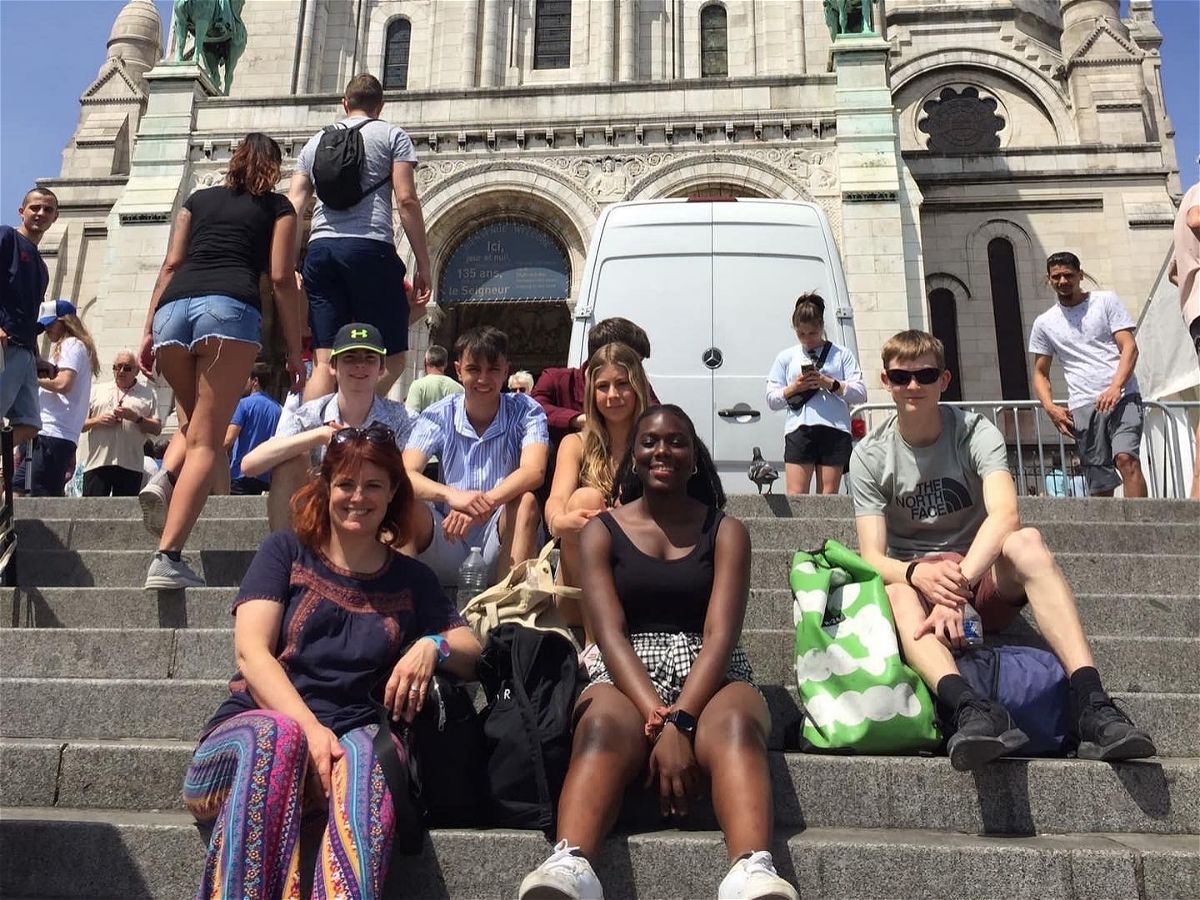 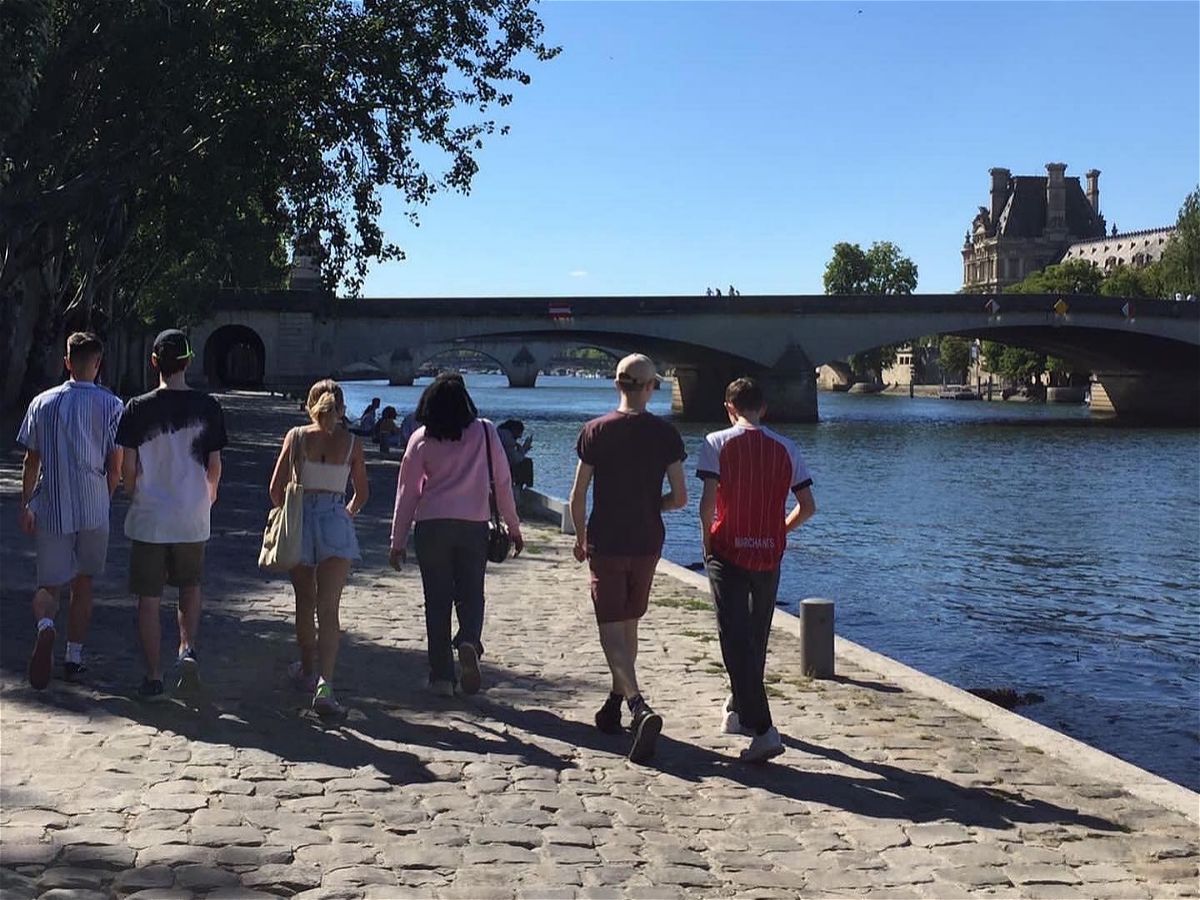 Last week a group of Year 12 and 13 French pupils travelled to Paris on the first Modern Foreign Languages trip post pandemic. The residential offered an invaluable opportunity to discover the city’s famous sights, engage first-hand with the culture they had been studying, and put their language skills to the test in real life.

The group was lucky enough to stay in a striking 17th century hôtel particulier - a grand townhouse with a courtyard - in the historic Marais area, but a stone’s throw from Notre Dame. This was to be their base for exploring ‘the City of Lights’.

Leaving behind the British drizzle, the first afternoon found the group tucking into a classic Parisian picnic on the banks of the Seine in 28-degree heat and glorious sunshine, complete with baguettes, jambon, et fromage. After a meandering stroll across the river and along the Rive Gauche, pupils enjoyed a sight-seeing tour on the famous Bateaux Mouches.

On the second day, the group climbed the Tour Eiffel, braving the stairs and surviving a patience-defying queue for the final lift with an impromptu game of J’espionne avec mon petit oeil (I spy)!

Undoubtedly, one of the highlights of the trip was the food as pupils embarked on a tour of Francophone cuisine- testing their menu-decoding skills, conversational language, and, at times, their bravery. They tried escargots and poulet basquaise at a traditional French bistro with a south-western flair, dived into plantain and mafé in a Senegalese restaurant, discovered the savoury pancakes, or galettes, of Bretagne, and enjoyed a Lebanese feast on the final night.

Rivalling the trip’s culinary delights was the evening entertainment. Pupils saw two comedy plays entirely in French – a real test of their abilities, and a fantastic exposure to authentic culture. One being a small family show and the other an ‘interactive’ murder mystery play. It was a truly unique experience and wonderful linguist challenge, even if it prompted a fair bit of seat squirming at the dreaded audience participation.

Mr Fullerton would like to thank pupils for showing such enthusiasm, perseverance, interest and curiosity on the trip. It was a great success and the Languages Department looks forward to many more equally successful forays en France in future.

“You don’t appreciate how tall the Eiffel Tower is until you see it in person. At the top, the view is incredible. Despite the huge number of steps, it is absolutely worth climbing. I believe everyone needs to visit it in their lifetime.” Matthew Tranter, Year 13.

“Overall I really enjoyed the entire trip, even eating a snail wasn't quite as bad as I expected. I would definitely like to return sometime soon, as although we were wandering around non-stop, the city was just so full of life there would definitely be more to visit in the future.” Jemima Townsend, Year 12.

“We visited two theatres to see comedy plays in the evenings. I found that I understood lots of the jokes and laughed a lot, but was a bit scared of being called on as there was lots of audience participation! Getting involved in French culture was a great way to spend the evenings in Paris.” Sebastian Brennan, Year 13.

“Great memories made here. Isaac got a drawing done of him by a street artist and it was amazing. For me, it was one of the best places to practise my French speaking as there are plenty of street artists who come up to you and persuade you to let them draw you. Having had a conversation for around 30 minutes with a native French man, I am now able to say that A Level French has strongly helped me develop confidence and fluency, which is genuinely applicable to real life in France. Montmartre doesn’t disappoint and is definitely worth the ridiculously steep steps that you must go up in order to get there.” Reuben Lowe, Year 13.

“We went to visit the Louvre museum on the penultimate day of the trip. After passing under the iconic glass pyramid, we were greeted by Grecian and Roman sculpture and statues hundreds of years old. The enormous wings of the palace house a great variety of works, from ancient Africa, Egypt and the classical world to paintings from all of the different periods of European art. There was so much, I barely managed to scratch the surface of what was there! Of what I did see, however, the most impressive paintings were those by the 19th century French Romantics, namely Delacroix, who was the artist behind many seminal works such as ‘La Liberté Guidant le Peuple’, which depicts the July revolution of 1830.” Isaac Williams, Year 13. 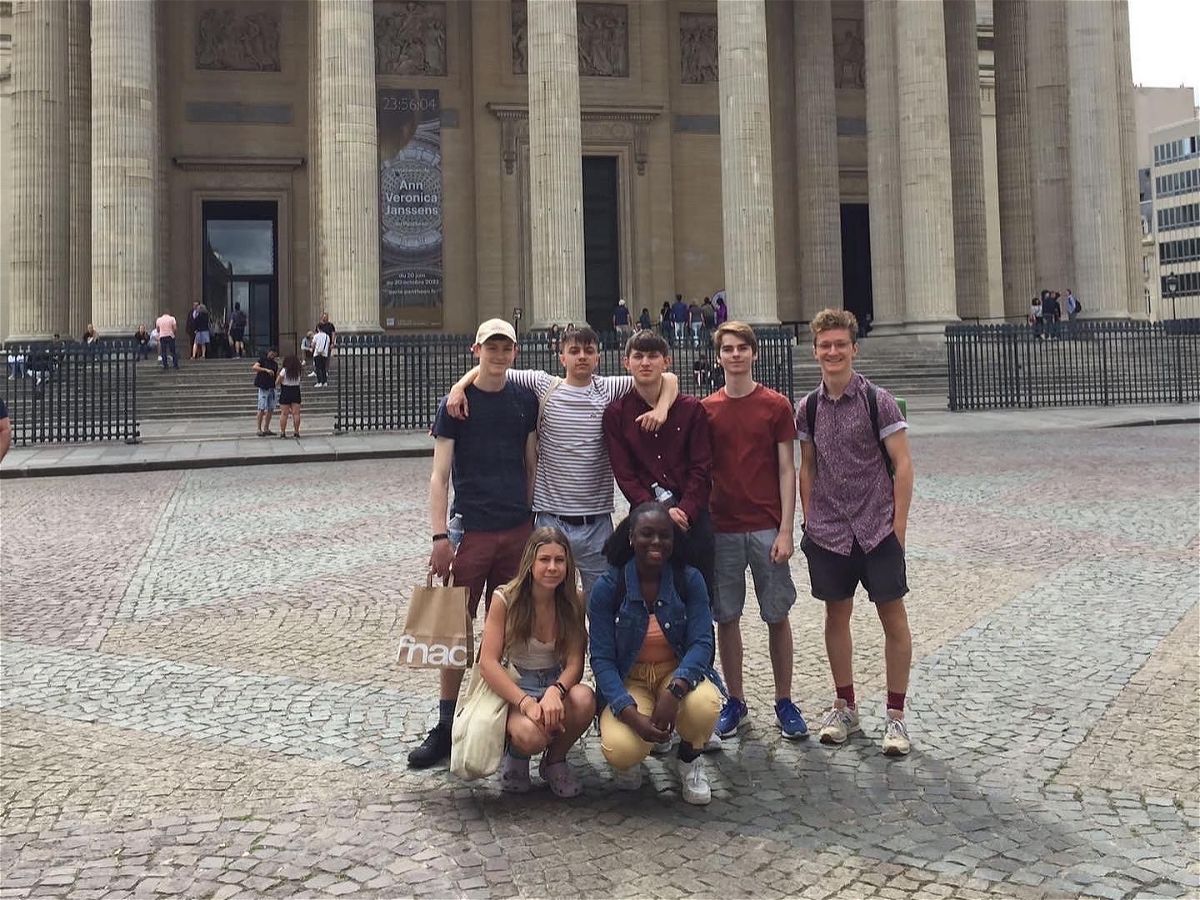 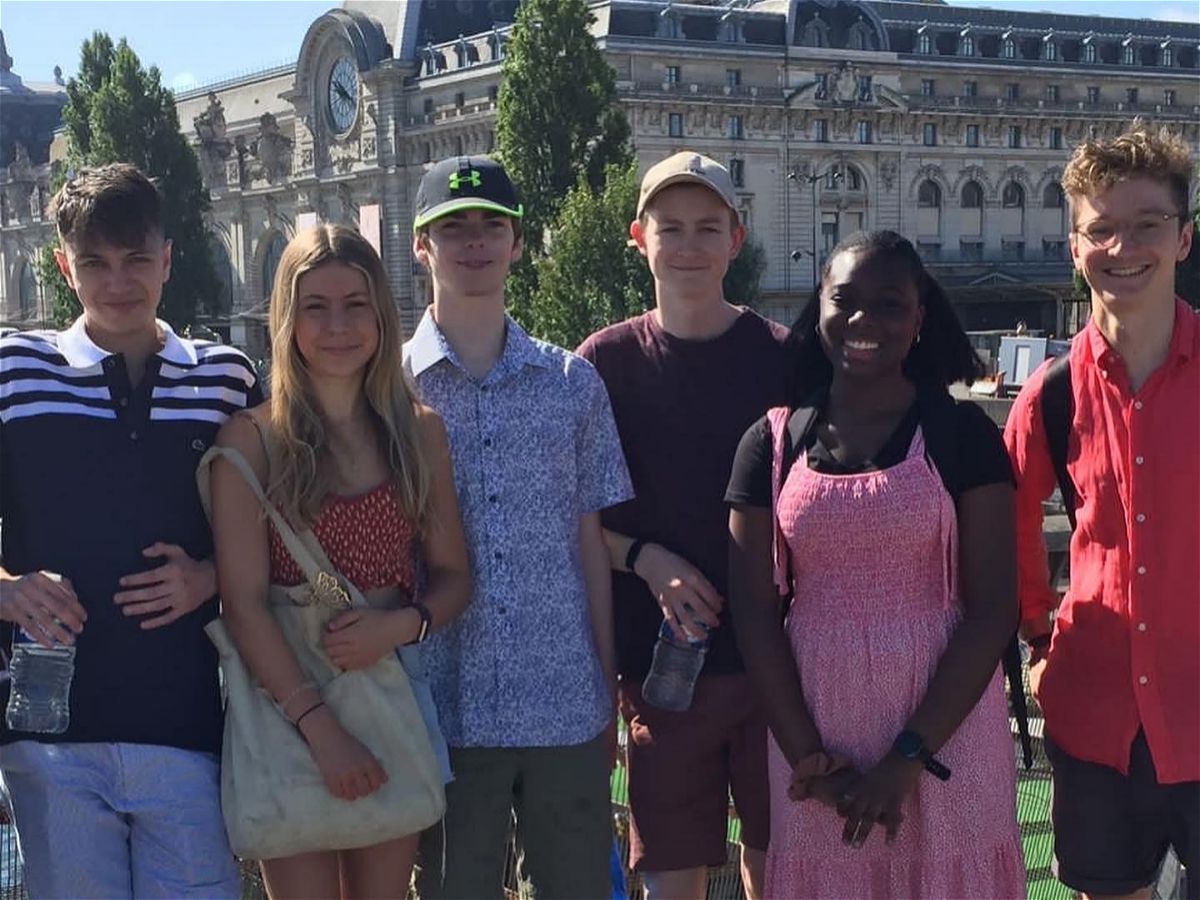 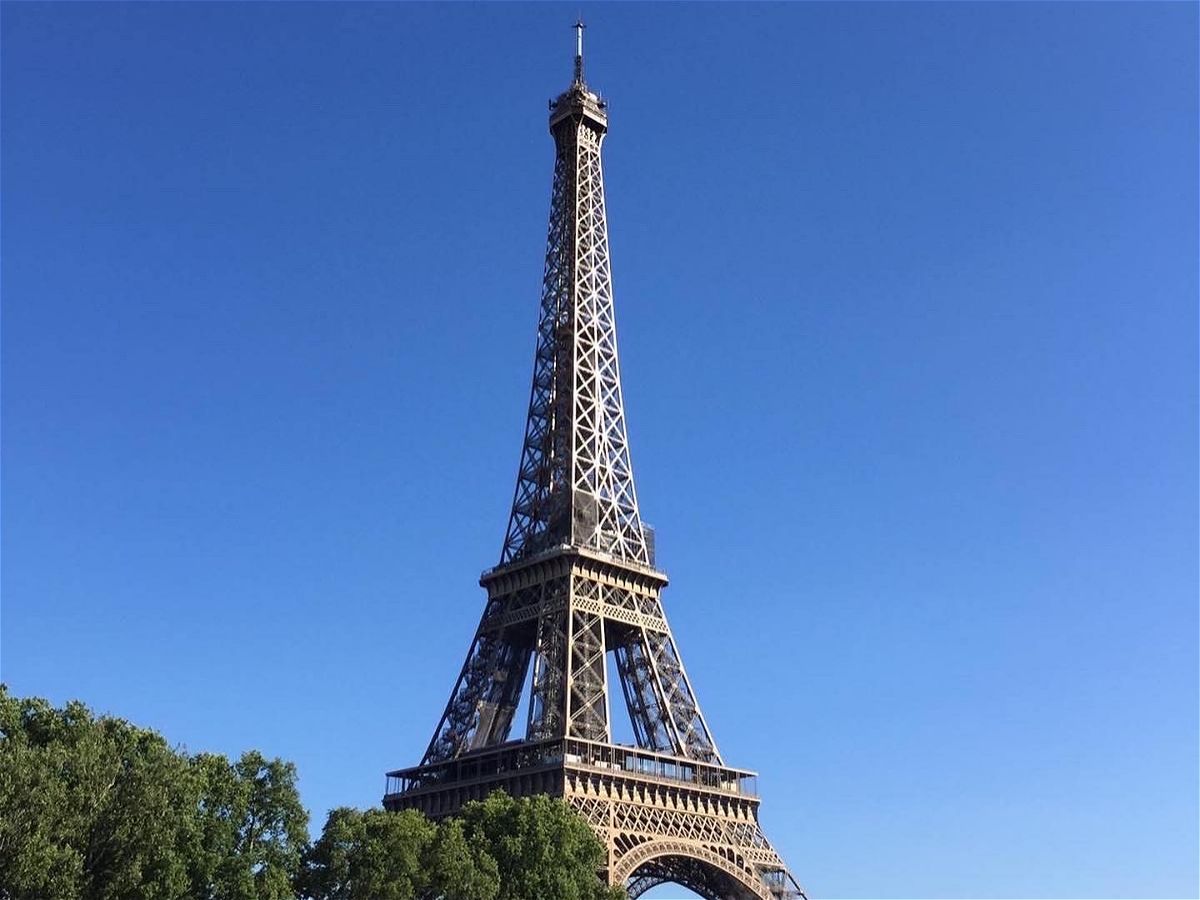