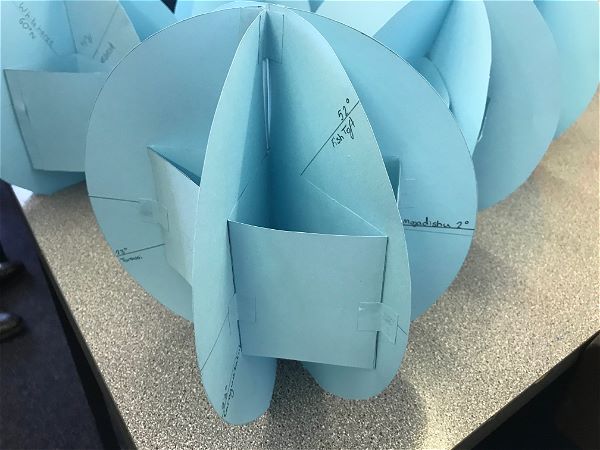 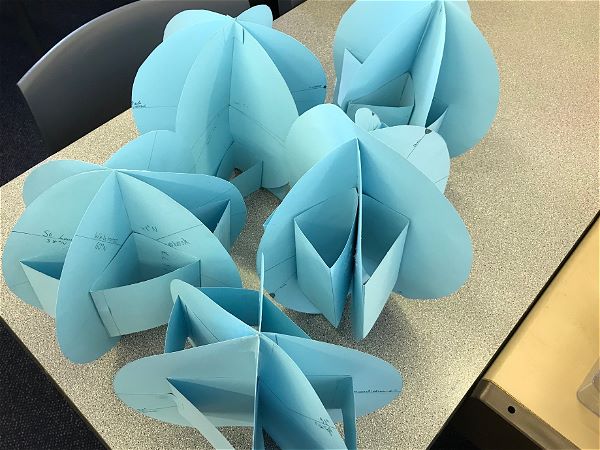 Some of the Year 9 have been working on a mathematical and geographical project over the last few weeks.

They were faced with the challenge of making a globe like model where 6 cities around the world were in the correct place in terms of longitude and latitude. Picking places in the Pacific did prove a challenge for some groups but they adapted their initial ideas well.

Having picked three pairs of cities who are 180 degrees apart in terms of longitude they carefully used angle rules, trigonometry, Pythagoras’ theorem and their knowledge of nets of triangular prisms to create wedges to position the cities in the correct place.

The finished products of a number of groups were a fantastic example of the attention to detail and the problem solving skills that the boys possess. Well done to all involved.