Arran started rowing in the Summer of 2013. Since then, he has proceeded very quickly from being a beginner to winning all under 15 events entered. Back in October, Arran and his partner won the Henley Long Distance Head race, beating teams from all over the country. Recently, he entered the West Midlands trials and won and will now represent the West Midlands in April when he will row against the winners of the double scullers from regions all around the country. His next aim is to win the Nationals in Scotland in July and then next year trial for team GB. 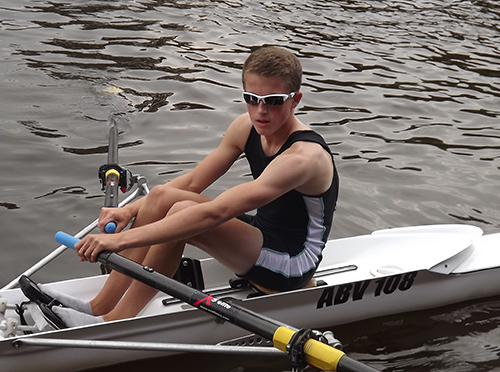