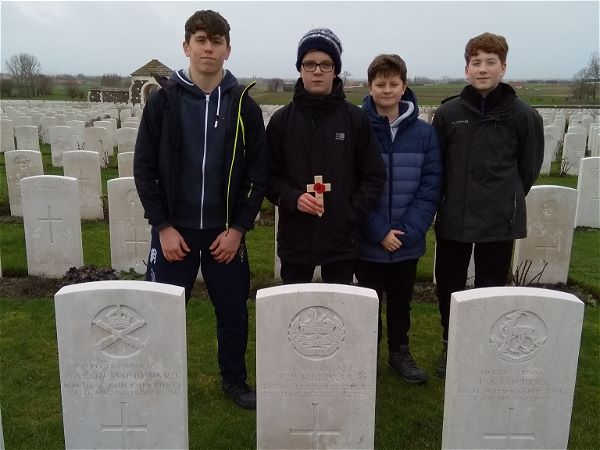 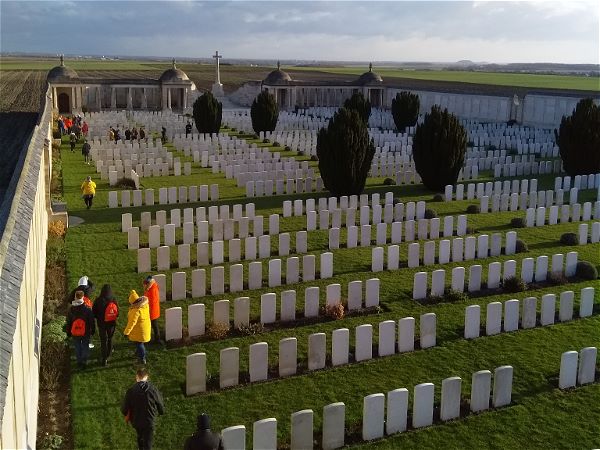 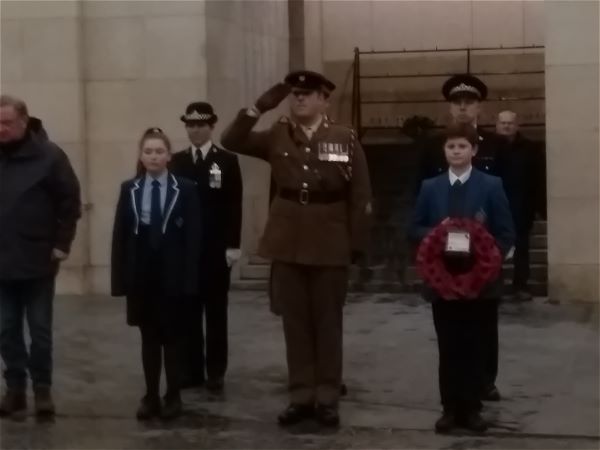 Four Year 10 students took part in a moving Battlefields Tour last week, as part of an award-winning national education programme led by UCL Institute of Education. The Battlefield Tours are a key part of the Government's plans to commemorate the centenary of the First World War, and aim to provide students and teachers from every state-funded secondary school in England with the opportunity to visit the Western Front battlefields.

Tom Evans, Jack Hotchkiss, Finley Web and Michael Somper were accompanied by Mrs Workman, and all found the trip to be a poignant and thought-provoking experience. The group visited the Memorial Museum at Passchendaele, and viewed the exhibitions on trench warfare and the lives of ordinary people at war. They then went on to Tyne Cot British and Commonwealth Military Cemetery, and paid their respects at the grave of F P Malpass who lived at 23 Alfred Street, Gloucester and who died age on 27 August 1917 aged 24.

The group went on to attend a remembrance ceremony at the Menin Gate, where the Last Post has been played every evening since the First World War (with the exception of 1939-1945), and Finley was one of two students chosen from the tour to accompany the serving British soldiers in laying the wreath. The tour concluded with trips to Serre Cemetery and the Thiepval Memorial, at the site of the battle of the Somme, and the final stop was in Ors, at the site of Wilfred Owen's death by the canal and his final resting place, Ors Communal Cemetery.

You can find out more about the UCL Institute of Education Battlefield Tour Programme at www.centenarybattlefieldtours.org.