The STRS Chess team qualified for the national finals for the first time, winning the West of England Region to join the top 16 schools in the country for a 2 day competition at Uppingham School.

Round 1 saw STRS drawn against Reading School, the National Champions from both 2016 and 2014. Reading are strong again this year being seeded 2nd with 2 of the top 8 British juniors in their side. They were too good for the Tommies boys, although we fought hard in a number of games.
In round 2 we were paired with QEH Bristol, a team who qualified through the repecharge event after losing to us in the West England regional group. A great performance gave us a 5-1 victory.
So after two 2 hour matches on the first day we found ourselves in the last 4 of the Plate.

An optional 'fun' blitz competition was held in the evening. The Tommies boys were joined by Mr Swann and Mr Robson to play 7 games of very rapid chess. Michael Ashworth played well and came 3rd in the individual competition and, to everyone's surprise, STRS was the leading school and won the team prize!

On Thursday morning the serious chess continued with a match against Haberdashers Aske's School (North London). Habs were national champions in 2015 (we feel that we have been unlucky to have been drawn against the champion school for each of the last 3 years in the first 3 rounds). Habs top board is an International Master and he found a fantastic triple sacrifice attack to beat Michael – one of the most beautiful forced checkmates I have seen. Other games slowly went Habs way and they ran away comfortable winners.
In the last round we played Wilsons School from Surrey. All 6 games were entertaining with chances for both sides. Unfortunately a couple of errors by our boys gave Wilsons victory by 4.5-1.5.

The competition was won by Royal Grammar School, Guildford, with Hampton School 2nd and Reading School 3rd. Rich's finished 12th, a creditable performance given this was our first appearance in the National finals. Our top players competed well with the best in the country and our lower board players experienced school chess at the highest level.

This follows from our excellent equal 4th place in the National Schools Rapid-Play event in March and our victory in the North Gloucestershire (adult) League Division 2.

This has been Tummies’ best ever season on the chess board. Congratulations to all our players. 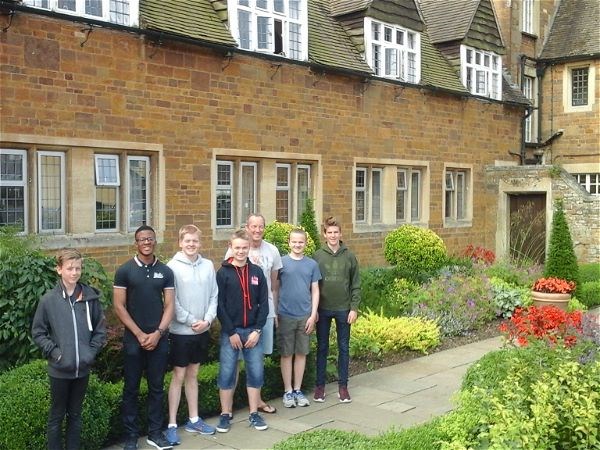