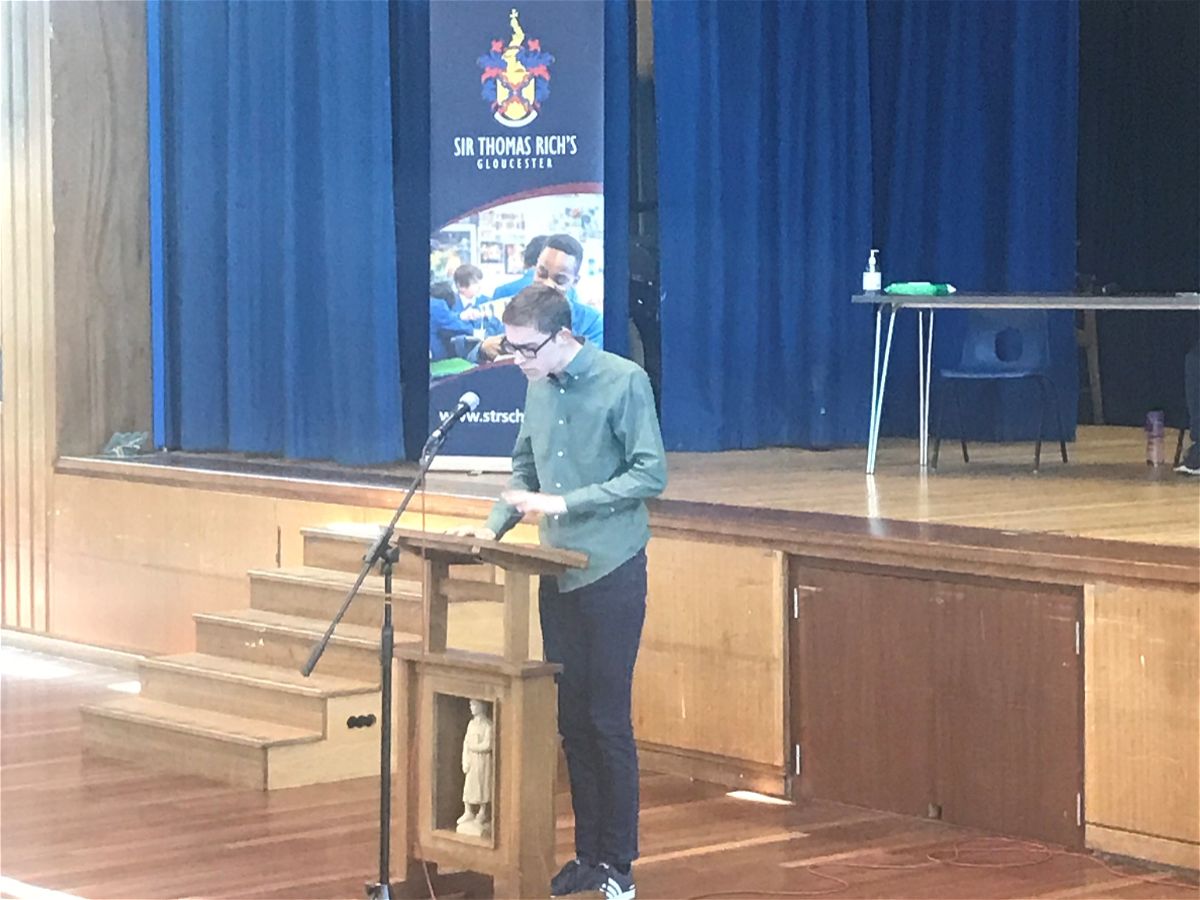 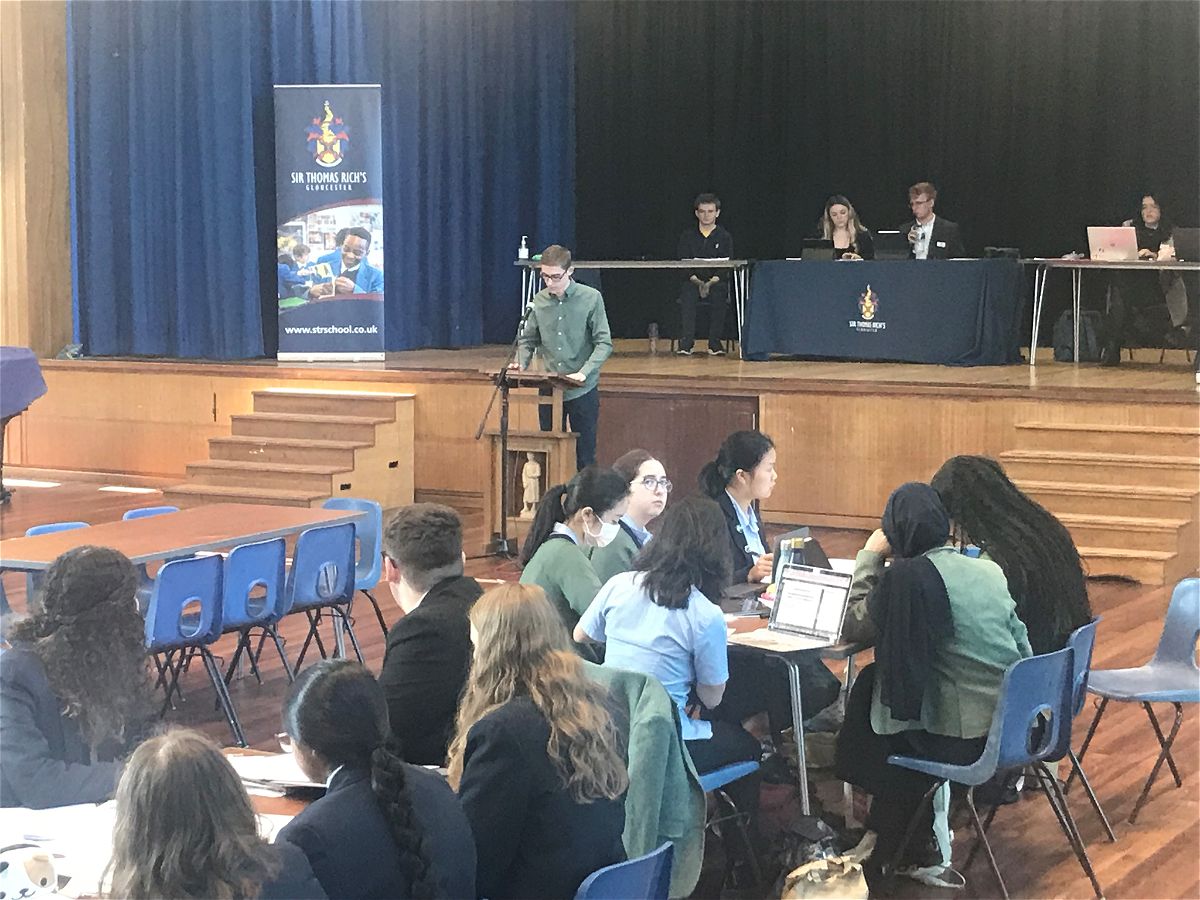 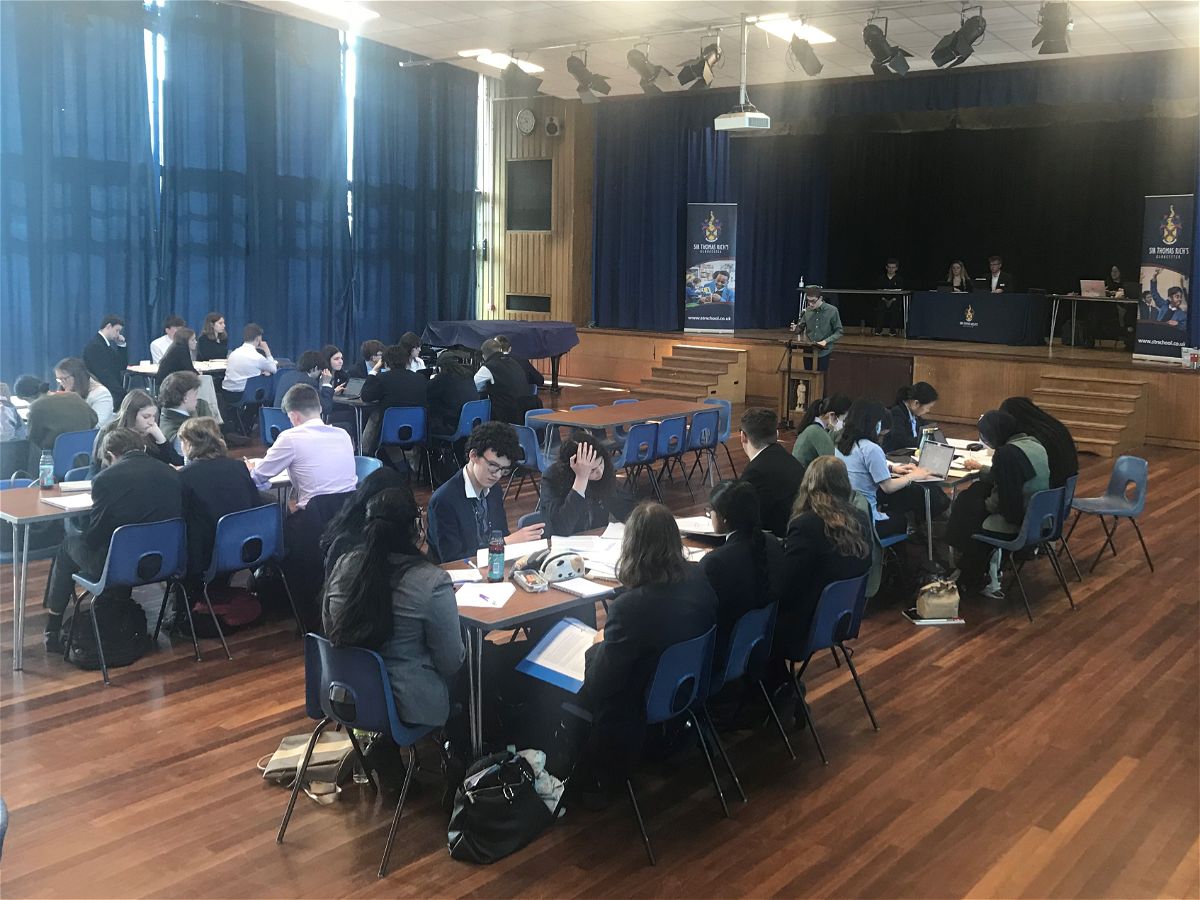 The Sir Thomas Rich’s Senior Debate Team won the regional final of the European Youth Parliament Debates this week, making it through to the National Finals in Liverpool later this year. We were delighted to host this prestigious event in the School hall, and our huge congratulations to the Team members, who were pitted against eight other schools from around the South West, including Cheltenham Ladies College, Bradley Stoke, Cleeve School and Stroud High, in a day long programme of intense debate.

The competitors debated the European position on a range of topical issues including vaccine hesitancy, repatriation of African artefacts currently stored in European museums, fast fashion and euthanasia. The Rich’s Team was complimented on its teamwork and contributions throughout the day. Mrs Harris says: “The judges said our students’ knowledge was impressive and their ability to challenge, contribute and support other teams was exceptional.”

For students interested in joining the debate society, Junior Debate is on Tuesday lunchtime in V9 for Years 7-11 and Senior Debate is on Wednesday period 5 during Games. New members are always welcome, see Mrs Harris for further details. 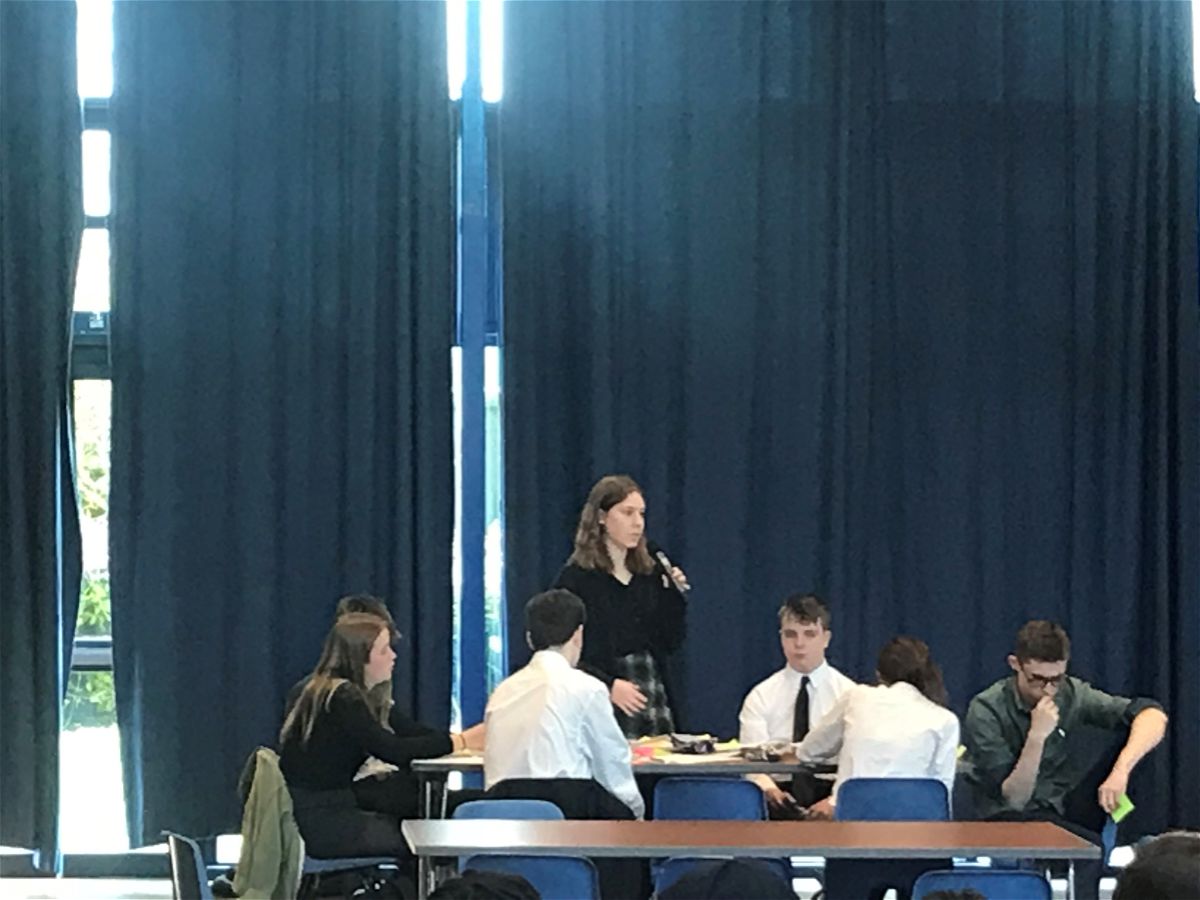 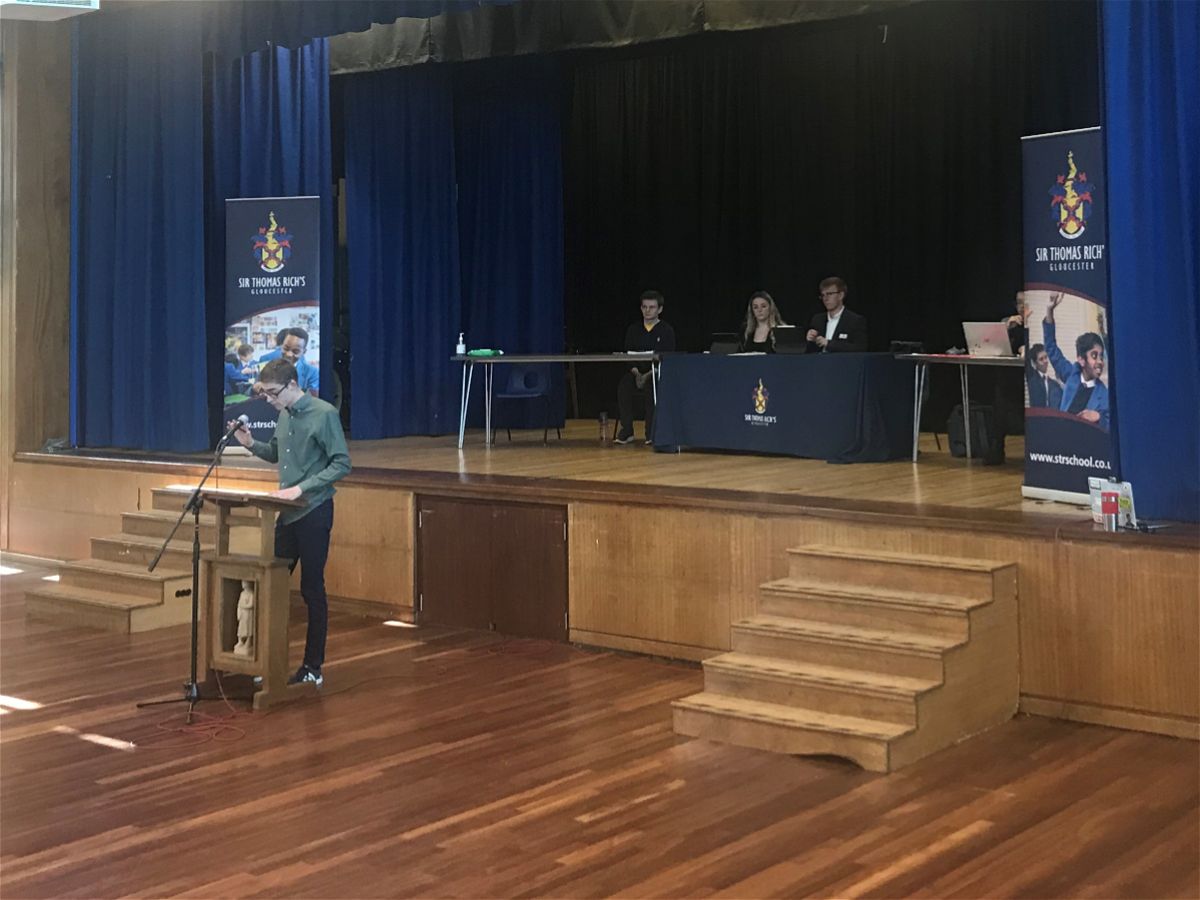 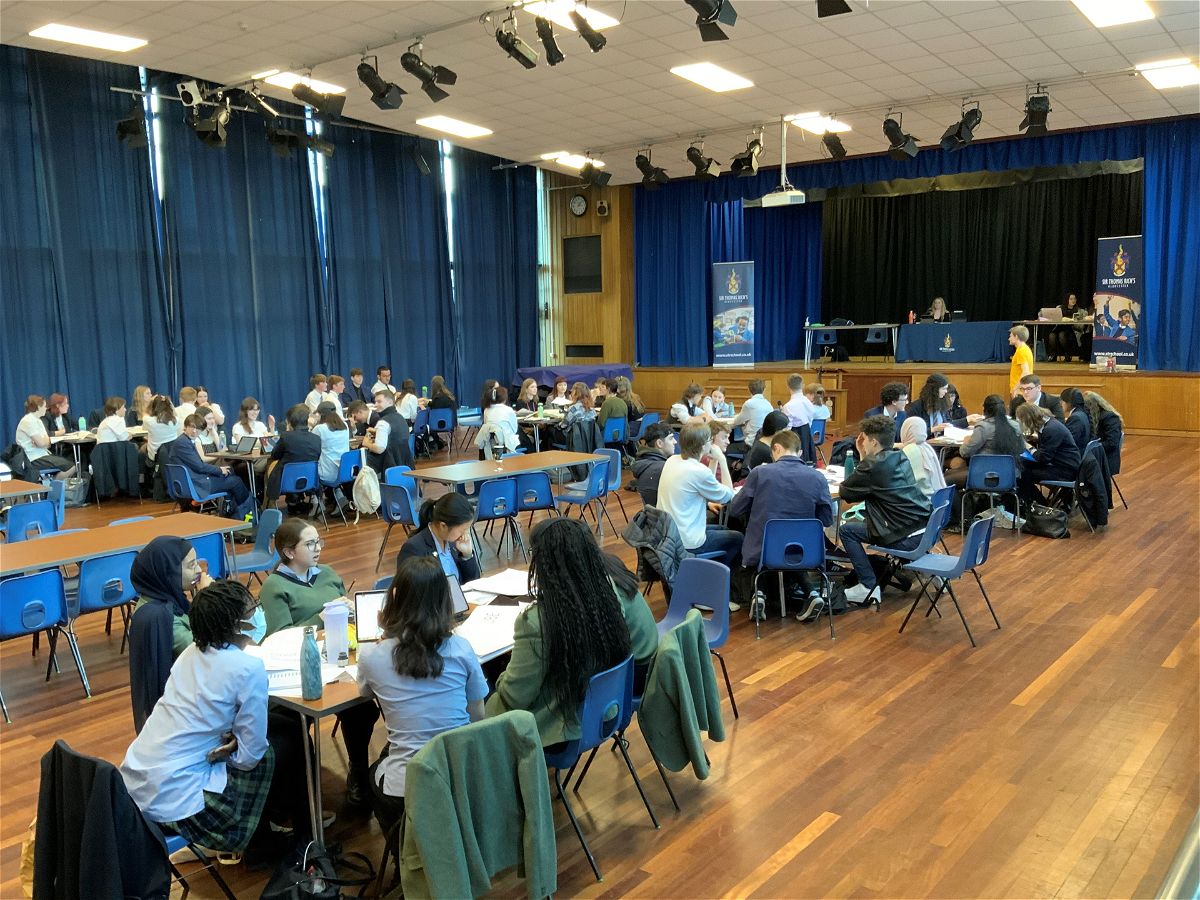