An old Richian has helped bring a pioneering a new brain surgery technique to the UK. Babar Vaqas, who is now 36, has spearheaded a project in which a pen-like probe, called the Core is being used in operations in the UK. The probe shines a near-infrared light onto malignant tissue, and can emit a warning sound if surgeons get too close to healthy tissue. Babar believes that using core could shave 30 minutes off operation times. When he’s not working in London, Babar spends time with his family here in Gloucester. 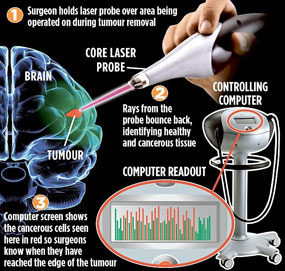