On Monday morning students in their first year of learning French had the opportunity to view an interactive, bilingual play, performed by the Onatti Theatre Company. It was a fun way to engage with the language and listen to authentic colloquial French. Two professional actors, one English and French, acted out the scenario which many teachers leading a skiing trip dread- a pupil fooling around on the slopes and sustaining an injury. The French teacher accompanies the injured pupil, Ben, to hospital where he has to fend for himself with his limited French whilst the teacher deals with a second emergency – some pupils have got lost on the ski slopes. Ben’s encounters with the nurse and a mad French girl lead to some hilarious scenes. When the harassed teacher finally arrives back at the hospital she is impressed with the improvement in Ben’s French and his comment that speaking French was “cool”. The pupils thoroughly enjoyed the performance and were commended by the actors for their behaviour, participation and level of French. 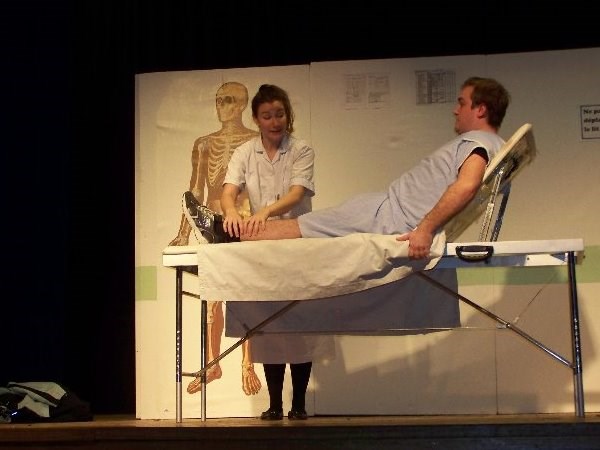 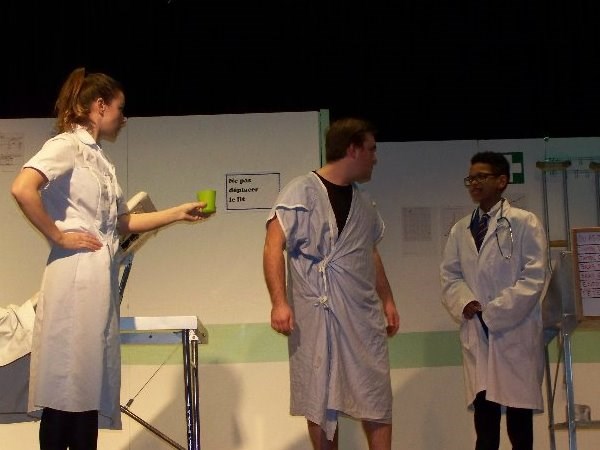 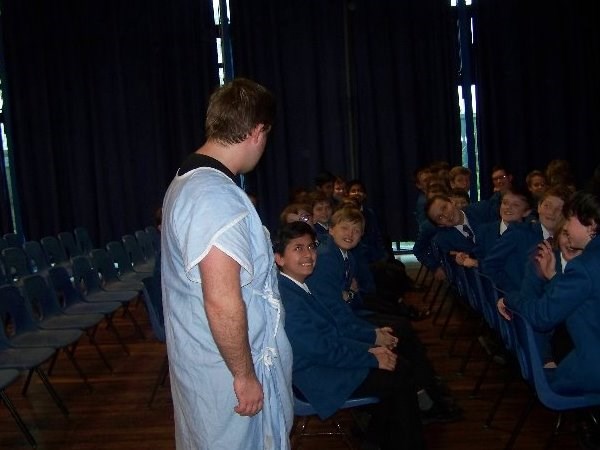