On the 25th of November 2014 Bilal and Sam went to the Local Gloucestershire Finals for the Future Chef 2015 competition at Gloucester College in Cheltenham.
After a false start, with Mr Brown’s car breaking down, we finally got to the professional kitchens where we were to cook our meals for two, with one main and one dessert. We had one hour and a half hours to prepare, make and serve both of our two dishes.
Bilal’s recipe was a salmon puff pastry with roasted potatoes and carrots for main and for dessert he made chocolate filled dough balls. Sam’s recipe was squid stuffed with prawns and lemongrass as well as jasmine infused rice for main with chocolate soufflé for dessert. Both had really well prepared menus and it was hard to decide who was to win from the very start.
After much deliberating from the judges Bilal came a respectable second with Sam winning the Local Finals and going through to the regional finals at River Cottage in February. A big thanks goes out to Mr Brown for arranging and supporting this event. 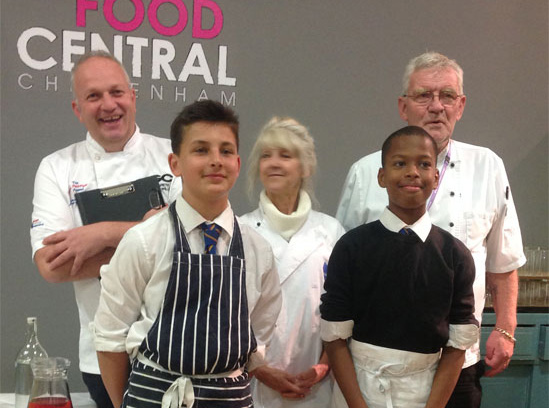 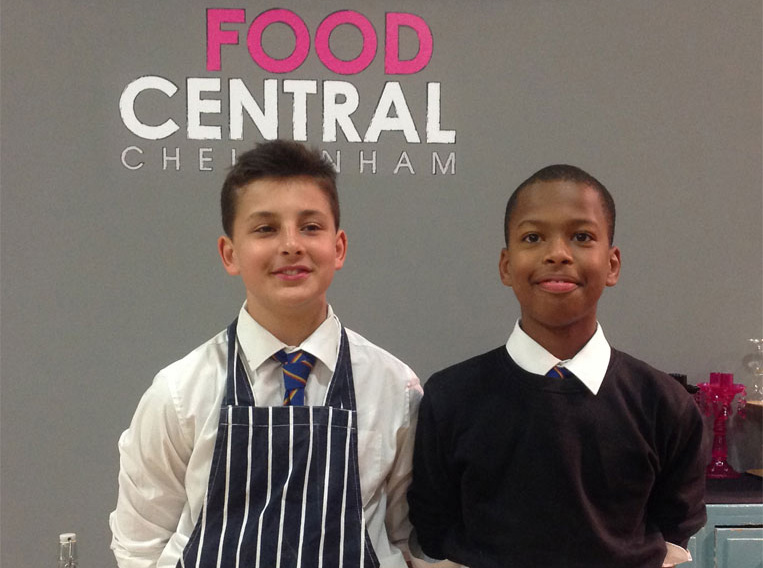