Following the success of last year’s Jazz Night, the Jazz Band, along with other solo performers, were keen to display their talents once again. The Jazz Night took place on Thursday 7th February 2013.

With an entirely new set list and an audience on the night that was even bigger than last year, the Jazz Band excelled yet again at creating a relaxing evening of sophisticated music.

The evening also featured guest appearances from some of our staff members; with Mr M. Morgan on the trumpet, Mr M. Lynch on the piano, Mrs P. Jones on the double bass and Mrs M. Ferguson singing the Etta James number “At Last”. 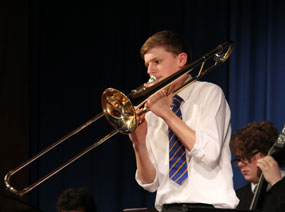 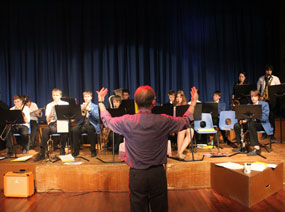 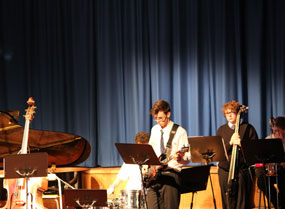