On the last day of term pupils from years 8, 9 and 10 had the opportunity to watch a performance of the very funny German play, Meine neue Schwester, by Onatti Productions. The play did not fail to entertain and amuse pupils. It was entirely in German, fast paced and cleverly scripted to enable pupils to follow the dialogue. Pupils particularly enjoyed the interaction with the actors and the opportunity to see their peers perform on stage. The story depicted the amusing scenario of a meeting between Katharina and Sonja, the daughter of her mother's boyfriend. Such a meeting must, at best, be awkward but Katharina and Sonja were complete opposites and the meeting seemed doomed to failure until they discovered some common ground – boys!

Once again the Onatti Company produced an excellent play and we look forward to inviting them back next year. 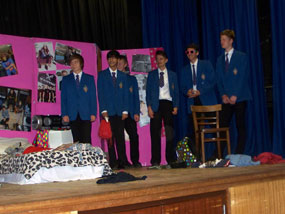 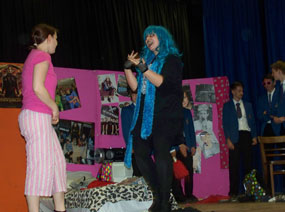