The Sixth form girls, boys and staff have played in the Gloucestershire Fun League this season ( www.netballfunleague.co.uk). We played a total of 22 fixtures every Monday evening at school from October through to April. This provided a fantastic opportunity for us to play a more competitive level of Netball, as well as teaching some of the Sixth form boys and male staff the rules of the game! We were allowed to have one male player on the team each week.

'Finals' night was held on Monday 20 th April in which all teams within the division played in a tournament. 'Tommies' made it into the final, against 'Tigers' who won in extra time with a golden goal. We had won nearly all of our games throughout the season, which meant we were the overall Division 4 league winners – we were presented with T-shirts and medals on the night. The game was recorded and is online to view at;

Well done to Jessica Crossman for receiving the 'player of the match' award for the season. 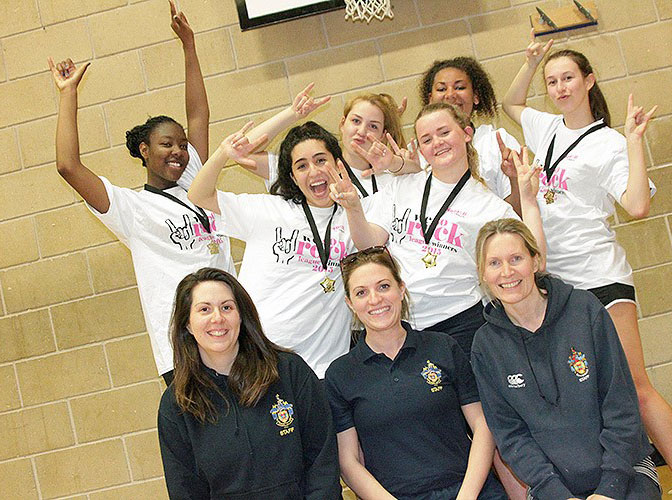