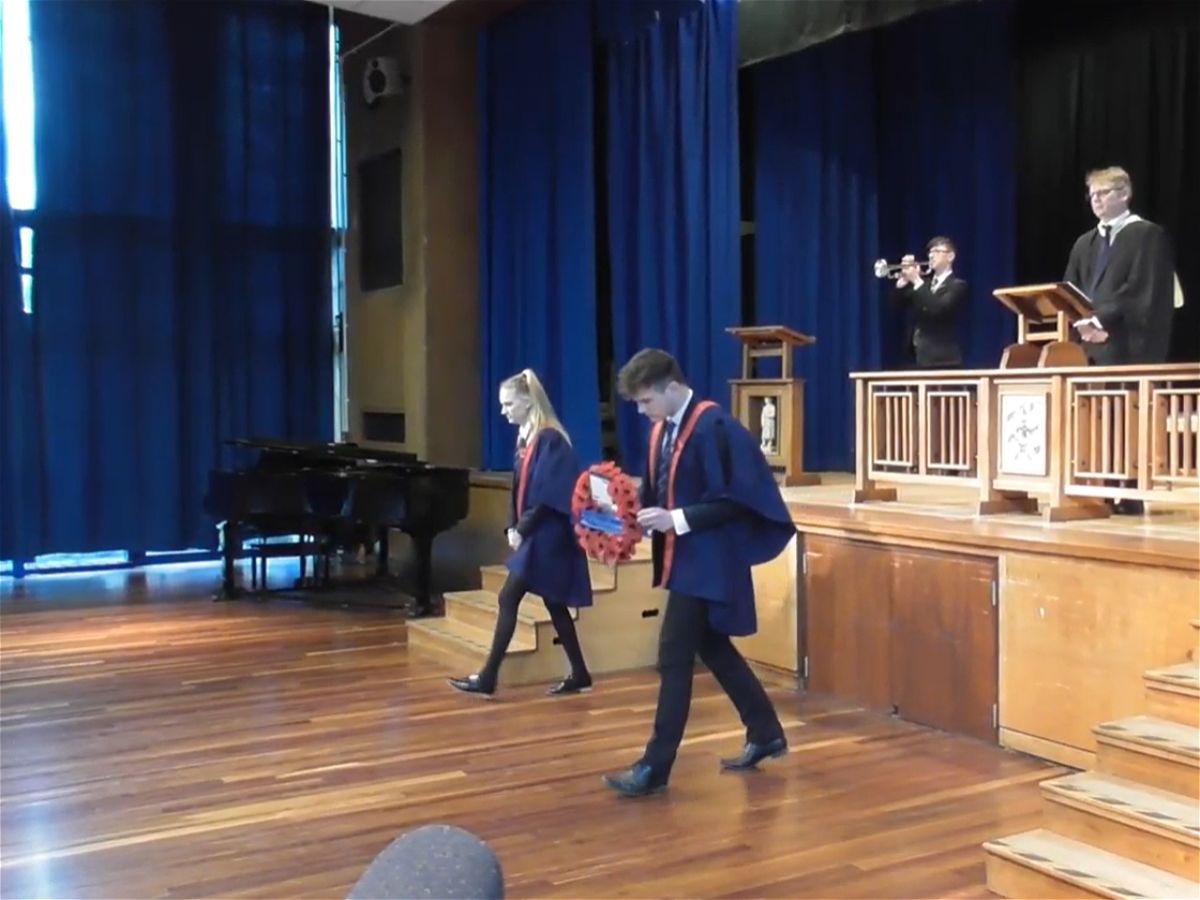 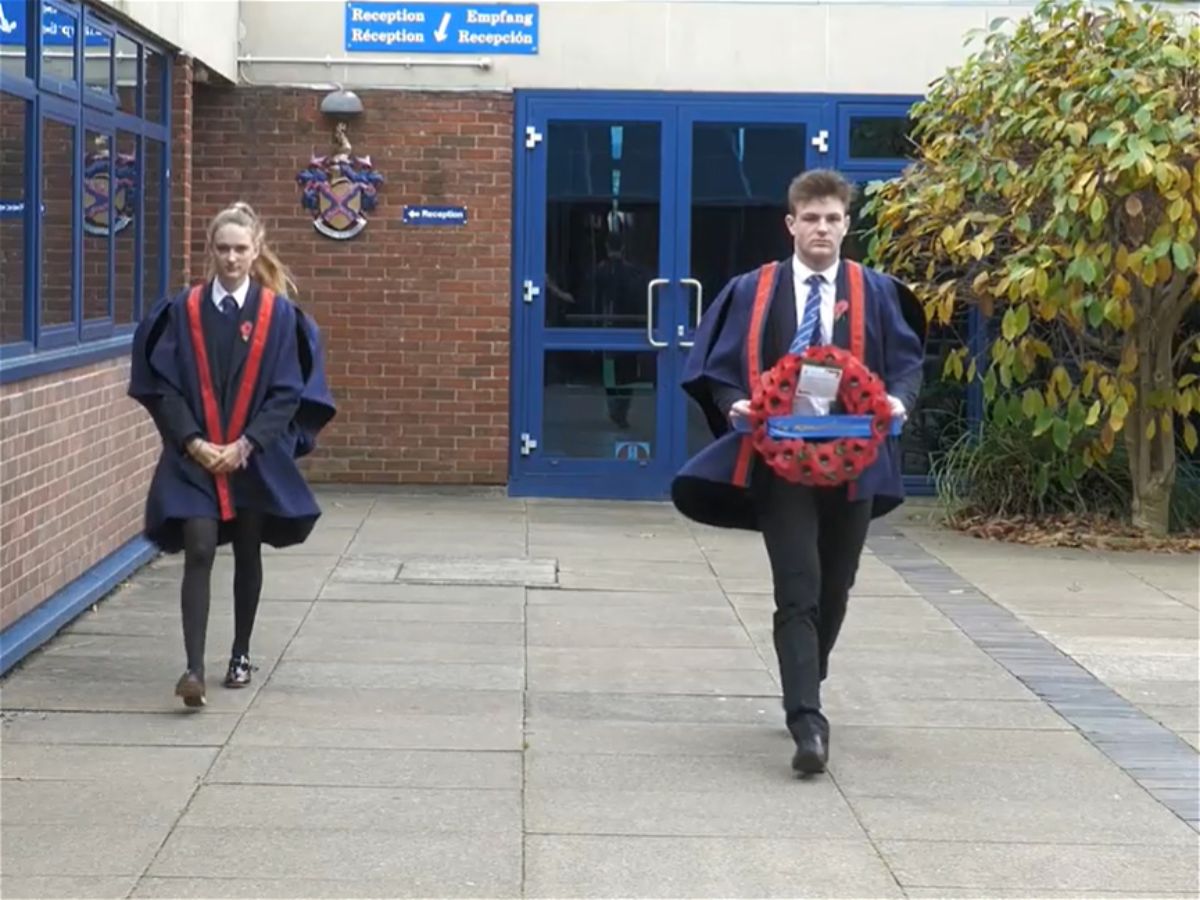 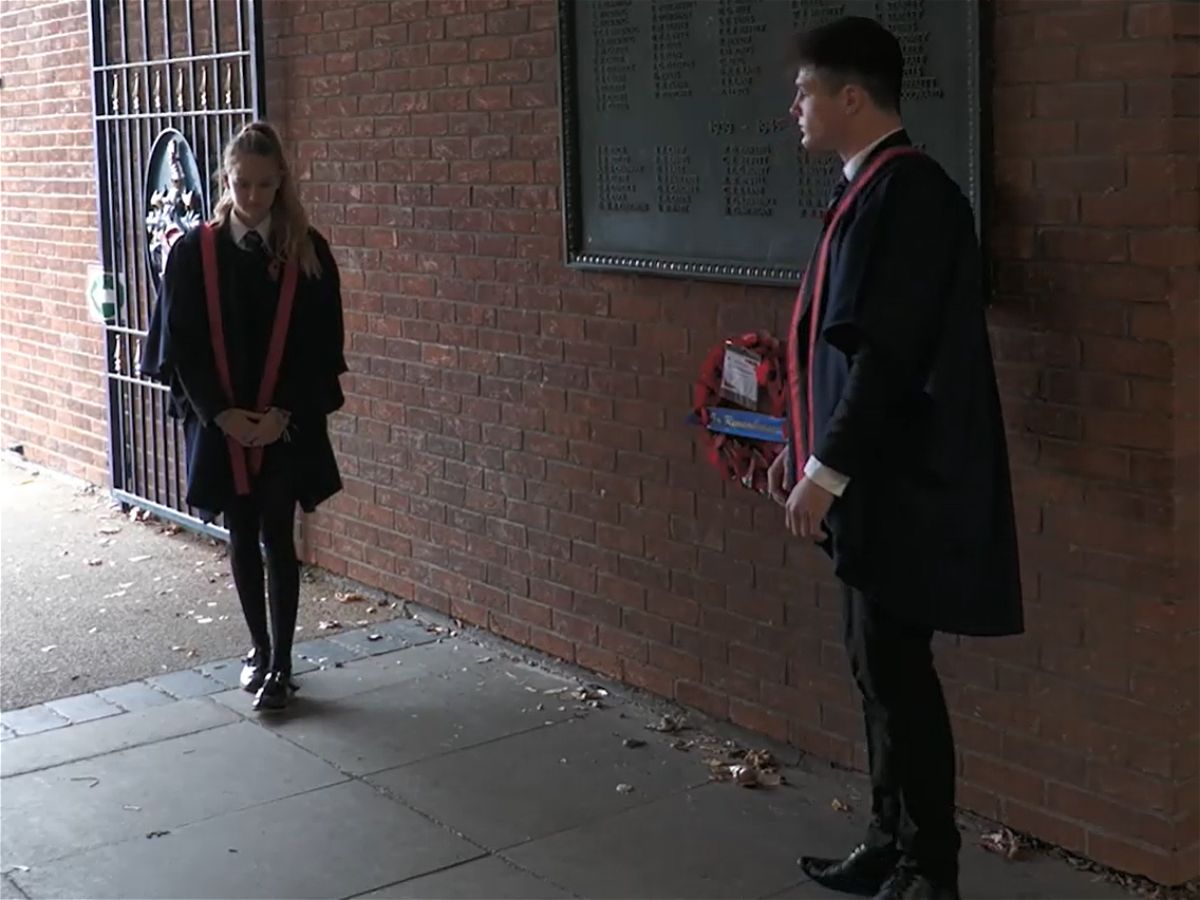 Today the whole school gathered for Remembrance and two minutes’ silence, with a service broadcast live to classrooms and offices around the school, as well as to alumni and other members of the wider school community. The Headmaster, Mr Morgan, said in his address: “Remembrance Sunday and Armistice Day offer us all a chance to remember not just those who gave their lives for what they believed was right but also for us to be thankful for the freedoms we have in our lives today. It is particularly poignant this year that amidst a pandemic that has removed some of our freedoms, we remember those who gave their lives for what they thought was right. Today’s commemoration is not about glorifying war, promoting one nation above another but our chance to commemorate the ultimate sacrifice.”

The entire school stood for the exhortation:

They shall grow not old as we that are left grow old:

Age shall not weary them, nor the years condemn.

At the going down of the sun and in the morning

We will remember them.

The School Captains and Vice Captains joined Mr Morgan on the stage in the main hall, along with Joseph Crouch in Year 13 who played the Last Post and the Reveille on trumpet, and Harry Pembridge of Year 12, wearing his Great Grandfather’s uniform.

As is tradition, the School Captains laid the wreath - which was donated by Assistant Site Manager Leigh-Anne Boucher in memory of her late husband and our colleague Rich Boucher - at the School War Memorial, which commemorates those former pupils who gave their lives in the First and Second World Wars.

When you go home

Tell them of us and say,

We gave our today 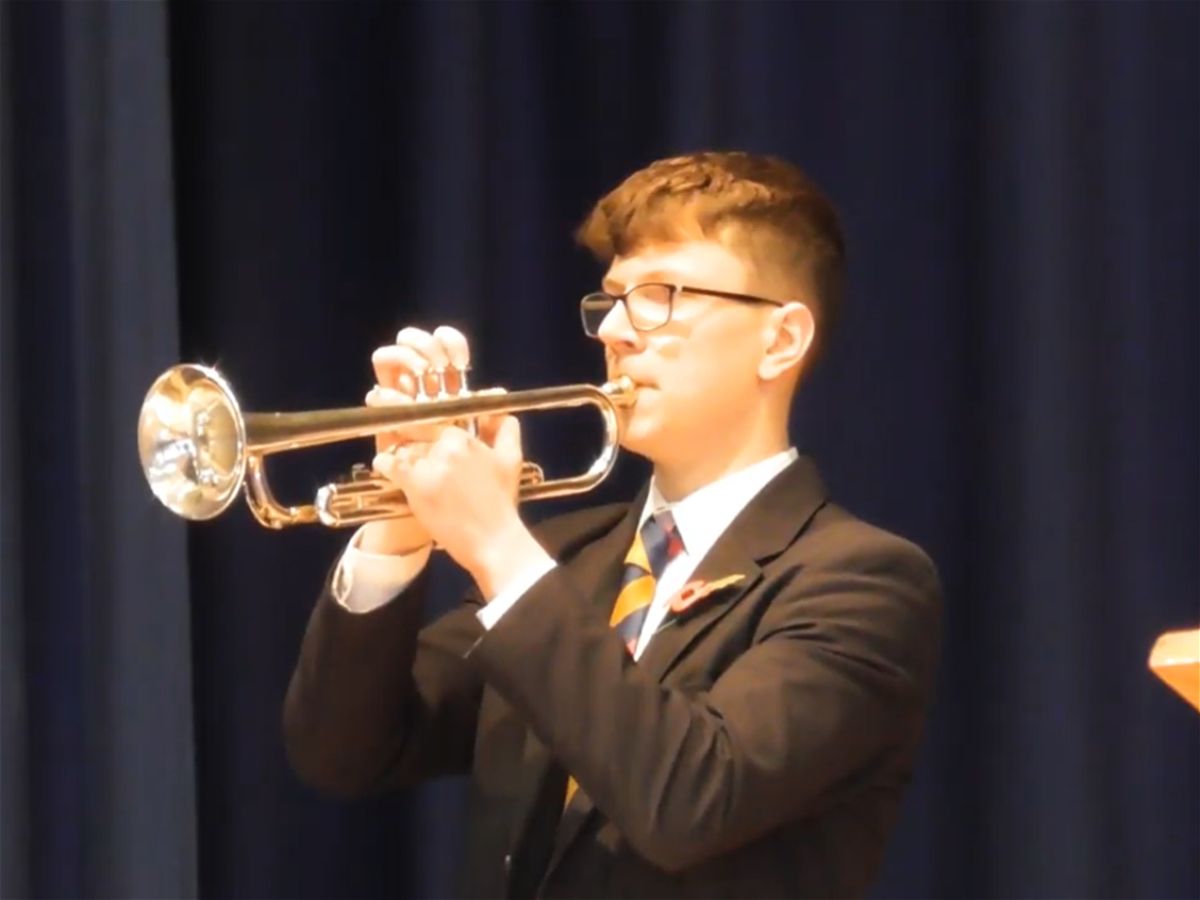 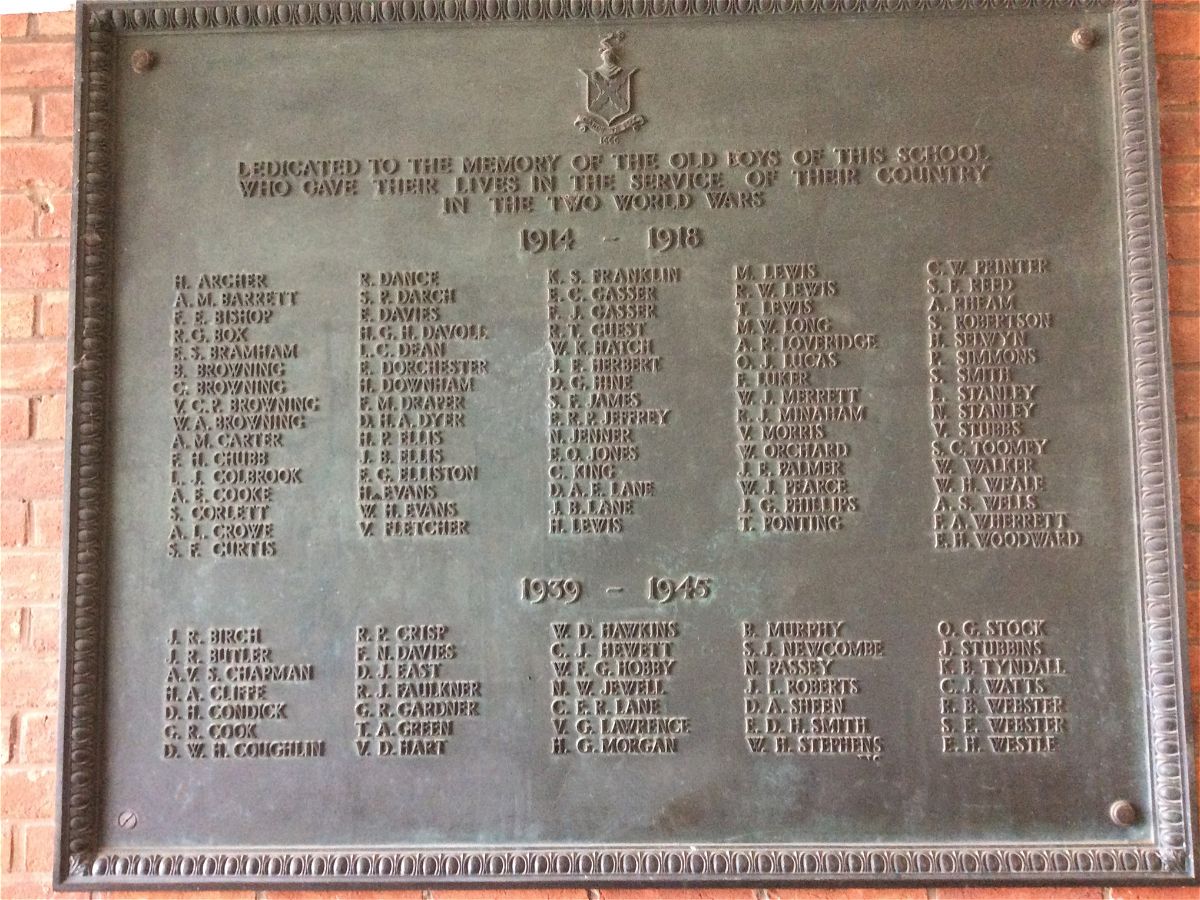 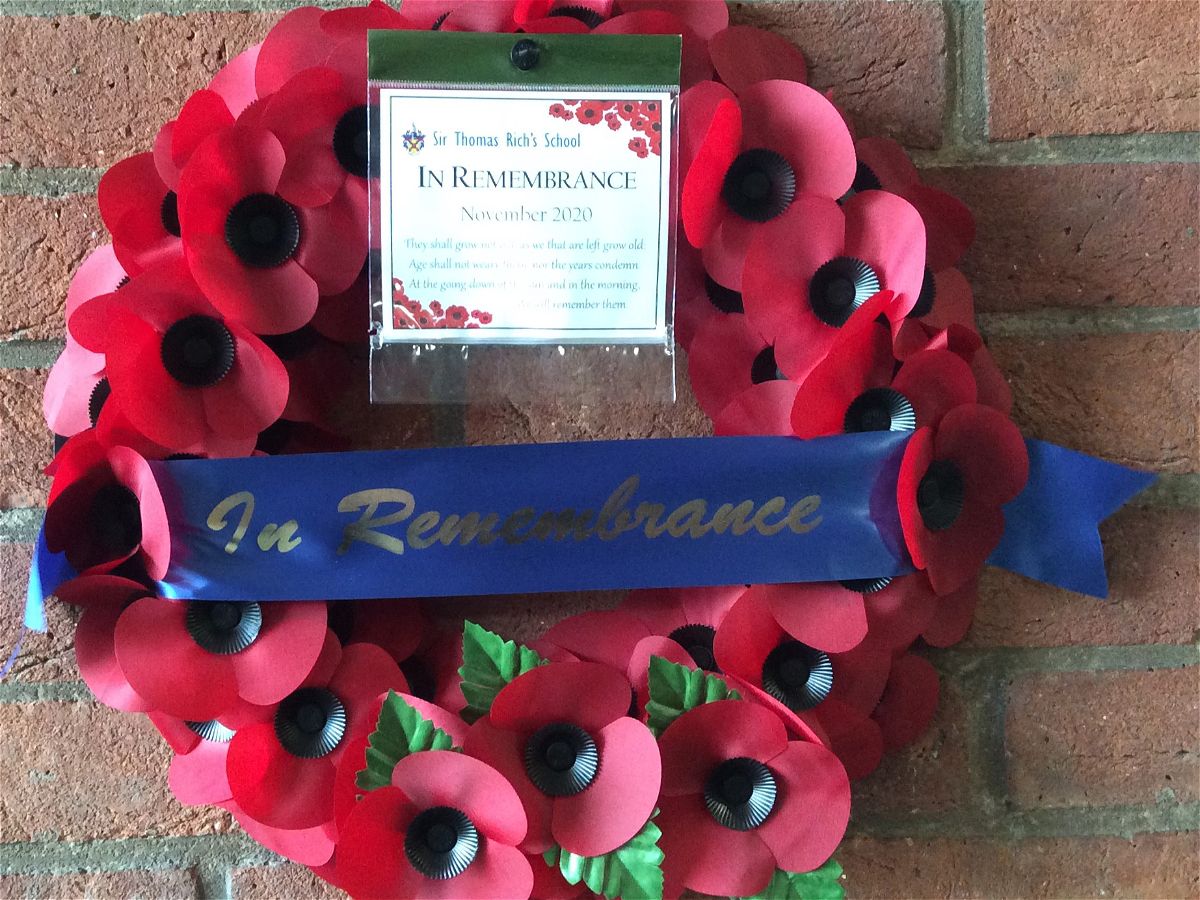 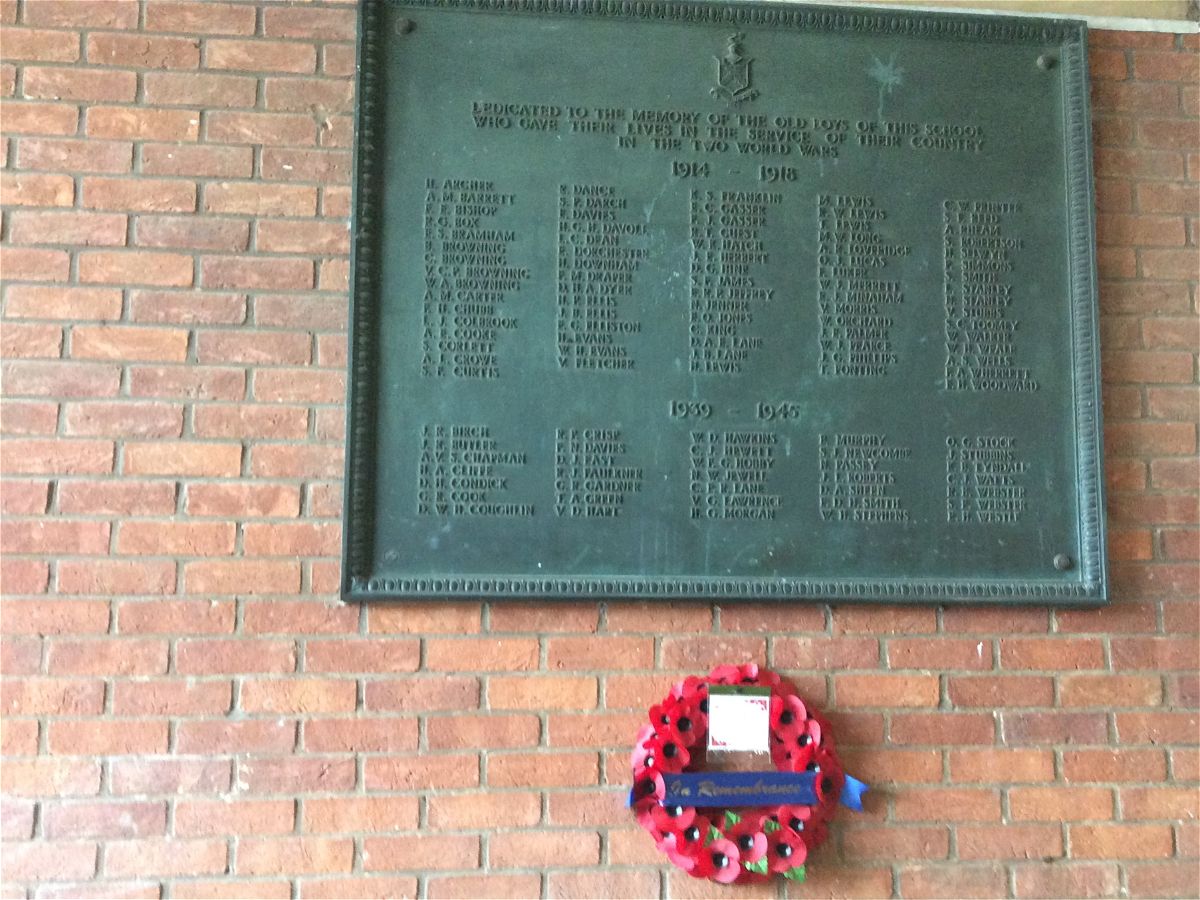 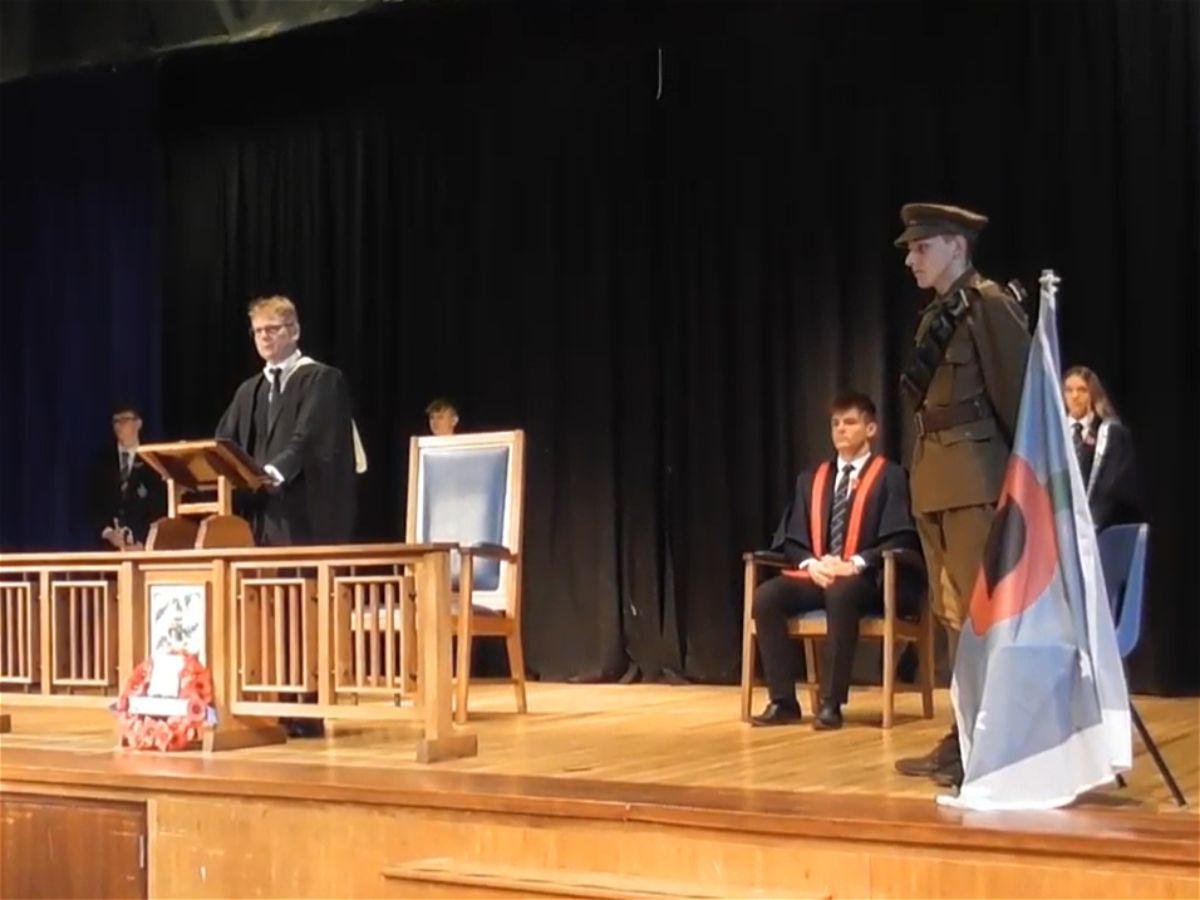 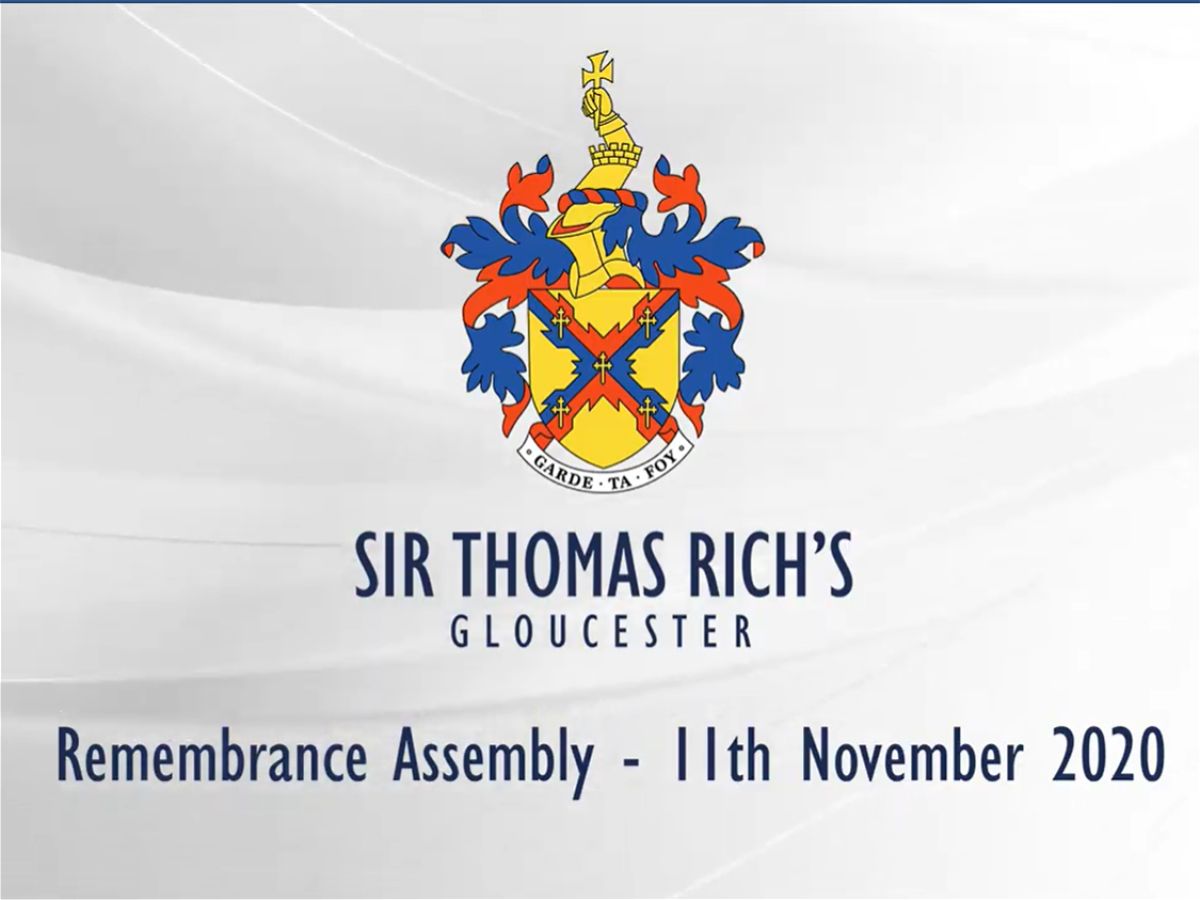