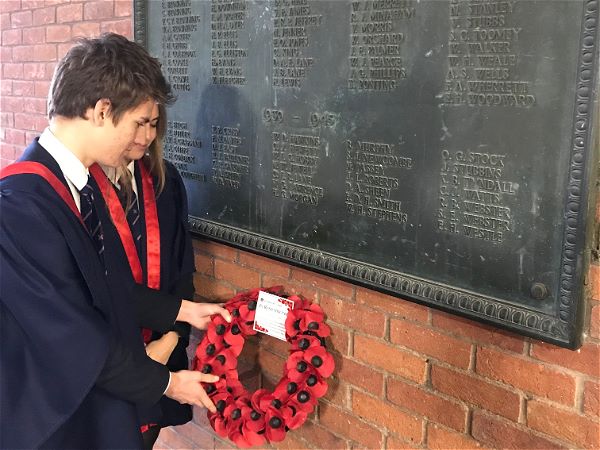 At 11am on Friday 9th November, the school paid tribute to all those, including former Richians, who have served their country in both World Wars and other conflicts since. The whole school gathered in the Assembly Hall to reflect on the sacrifices made by so many. Following a reading of ‘Dulce et Decorum est’ by World War One poet Wilfred Owen, Rosie Forbes in Year 13 played The Last Post, while the Head Boy and Head Girl laid a wreath at our memorial.