The Annual Awards ceremony and Speech Night this year was held on Friday 23rd September. Staff, current and past pupils, parents and honoured guests gathered in the main hall to celebrate the wonderful achievements of the academic year 2015-16.

The Brass band provided its usual stirring accompaniment to the hymn, Tommy Psalm and National Anthem. Guests were this year also entertained by Jacob Barns ('cello) and Philip Haynes (piano), two very accomplished musicians who were members of last year's Upper Sixth. We learnt of Jacob's successes since leaving Rich's, performing as principal cellist for the opening piece of The Last Night of the Proms earlier in September, and taking up his place at the prestigious Royal Northern College of Music.

Our new Chair of Governors, Mr R Ogle, introduced the evening's order of events, handing over to Mr Matthew Morgan, Headmaster, for his traditional report on the previous year's achievements. It was a particular pleasure to welcome Mr Anthony Jarvis as Guest of Honour, a former Rich's Headmaster from 1990-1994. He distributed prizes with great warmth, addressing individual comments to all the pupils who came forward to receive their books. His speech focused on three important features of school life: the importance of people in any community; of looking beyond examination results for a sense of achievement, and recognising different types of intelligence in young people. He also entertained us with many amusing anecdotes from his days as a Headmaster.

This year's new School Captains, Emma Folkard and William Barradell-Black, opened and closed proceedings with words of thanks to Mr Jarvis, and the current Bluecoat Boy, Blake Birch, presented a gift as a token of our thanks. 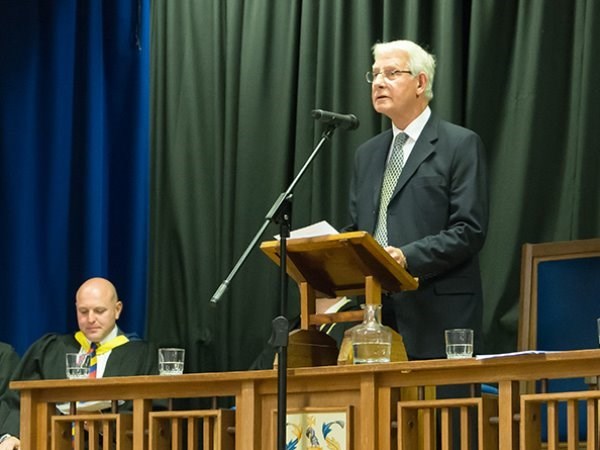 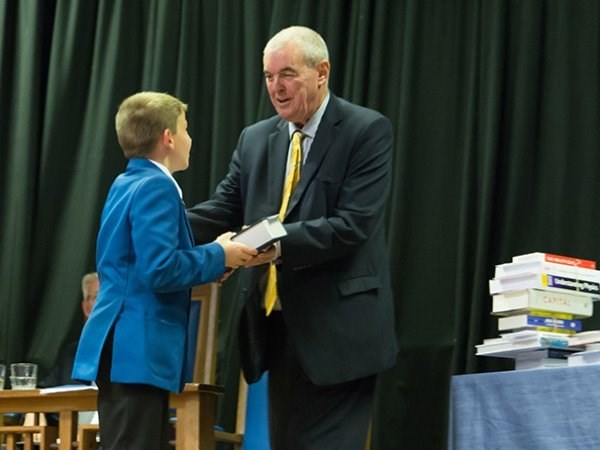 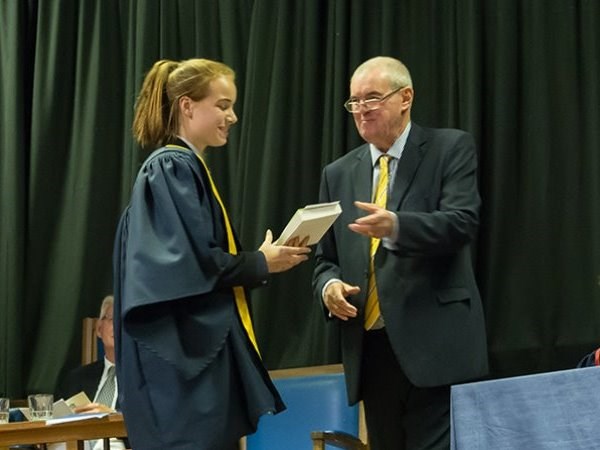